The new indie feature, A Light Beneath Their Feet, focuses a warm, bright beam on mental illness and a family struggling for balance. By Pauline Rogers. All Photos courtesy of Emerging Pictures.

Responsibility. It’s one of the weightiest words in the English language – especially when it is tied to family relationships. How much of one’s own life do you give up when you feel responsible for the life of someone you love? In most family dynamics, a child breaking away from parental influence or a parent letting go and encouraging a child to move on is a struggle – but a healthy one.

Thanks to producer Jeffrey Loeb, director Valerie Weiss, cinematographer Jeffrey Waldron and actors Taryn Manning (Orange Is the New Black) and Madison Davenport (Noah, From Dusk Till Dawn, Sisters), along with a balanced and deeply moving script from Moira McMahon Leeper, that struggle has been brought to the surface in a new indie feature, A Light Beneath Their Feet, opening in limited release on May 8th. 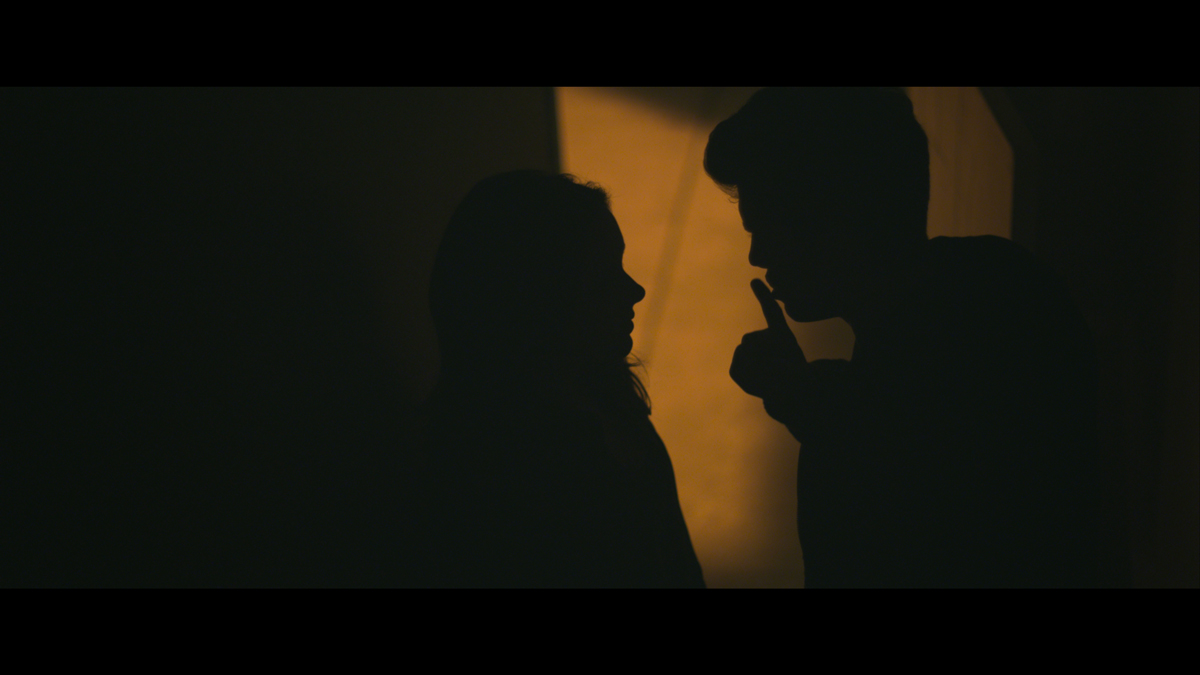 “Manning plays a young mother with bipolar disorder wrestling with the looming departure of her daughter, the one force of stability in her life,” Loeb explains. “Davenport is a daughter struggling with the decision of whether to stay local for college, where she can remain the rock in her mother’s life, or to detach and go to her dream school across the country.”

The project’s goal – as director Weiss describes – was to provide comfort and support for both the person struggling with mental illness and their loved ones.

“The movie is universal beyond mental illness, and anytime there is an imbalance in a relationship, there is a stress we often don’t know how to alleviate,” Weiss offers. “A new struggle surrounds the question of whether one should leave, but also, is it even okay to leave? There are feelings of guilt, obligation, and loyalty. We wanted to make a movie where this dynamic is sensitively explored so both parties in the relationship would have a new understanding of the other and allow more space. I didn’t want anyone vilified because of his or her struggle, but rather I wanted to make a movie that created empathy for both people. Finding space and boundaries within any relationship is 90 percent of the struggle, so this movie is all about that.”

Loeb adds, “so often in films, the portrayal of mentally ill characters are overblown and played to be sensational. For us it was imperative that Taryn Manning’s performance as Gloria be subtle, nuanced, and, most importantly, authentic.” 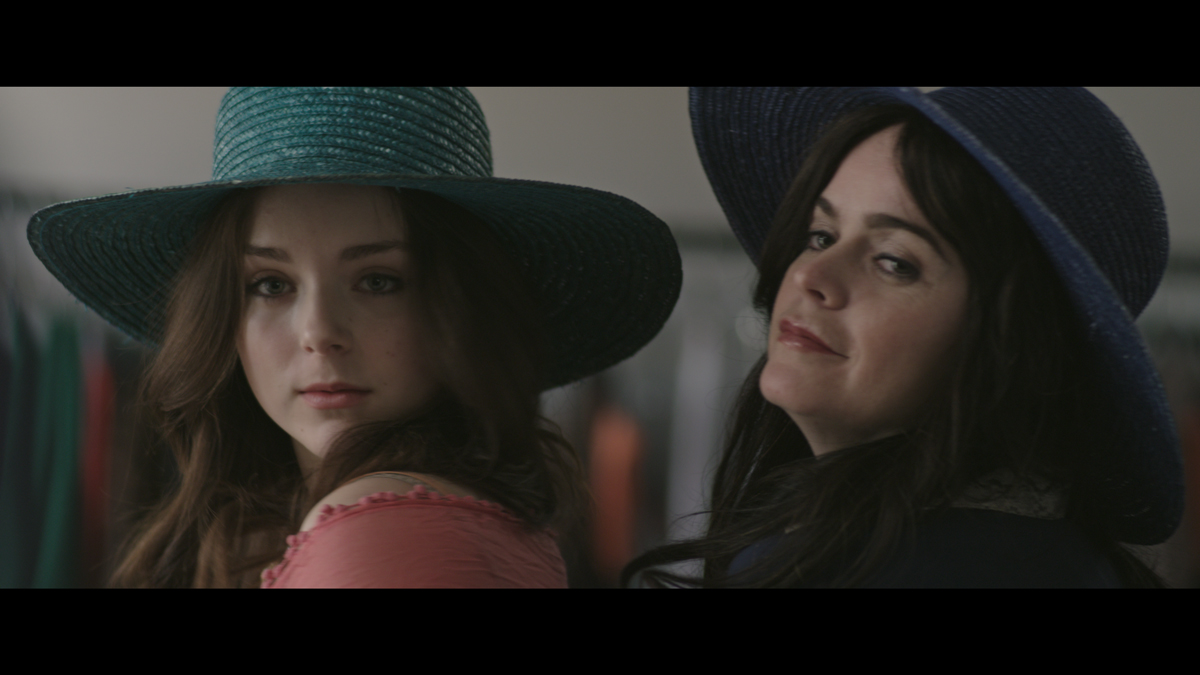 The team worked with psychiatric experts as well as people living with bipolar disorder. They studied memoirs and books on the subject, to understand not only how it impacts a person’s inner thoughts, but also how it manifests in the physical.

Key to exploring both the inner and outer turmoil of the two main characters was cinematographer Waldron’s visual approach. “It is a film first, and it is also a tool for mental health awareness and discussion,” he says excitedly. “The hope is that this film reaches people on an emotional level as a story, and that it gets them thinking and talking about mental health in a different way.”

Waldron says the film’s look is soft and natural. “But there is a bit of a tonal balancing act at work,” he adds. “We shot in Evanston, Illinois, the setting of many of the John Hughes high school classics, and there was some fun in asking what a modern incarnation of that might look like for Beth and her high school relationships.

“Beth’s home life with Gloria grows progressively more manic as the film goes on, and we begin to introduce more chaotic elements,” he continues. “Flares, giant colorful bokeh, foreground blurs, the compression of longer lenses. These two worlds collide in the story, so our challenge was to drift between the two in a way that is felt, but hopefully subtle enough to not be distracting.” 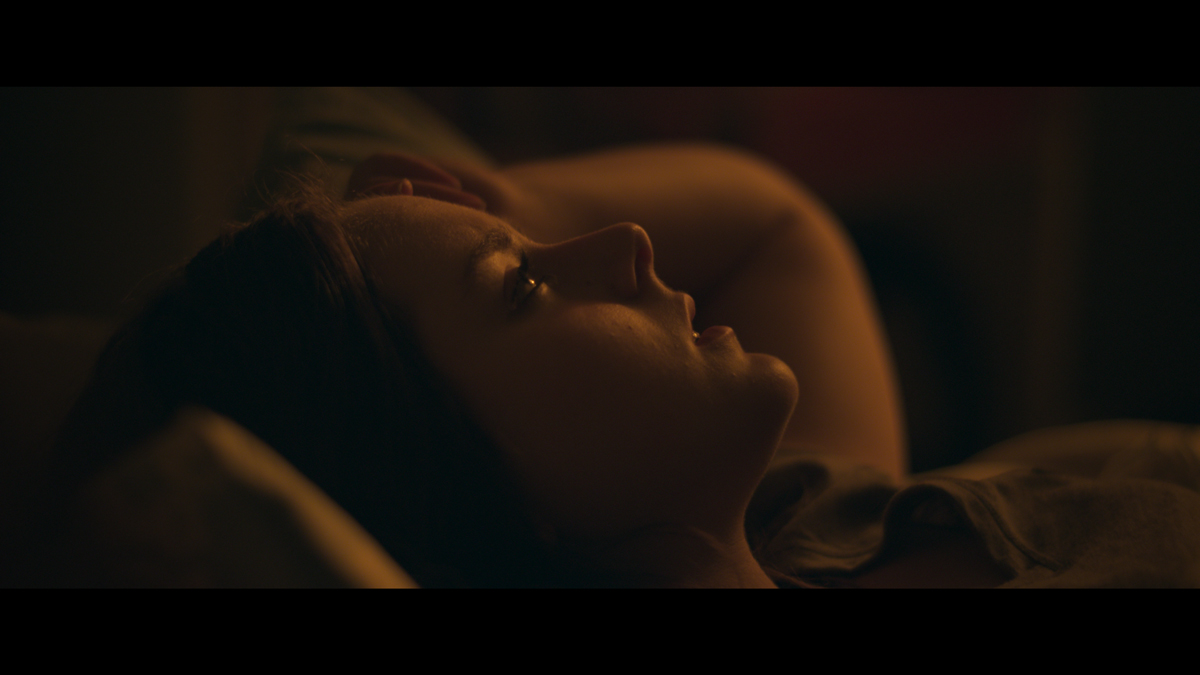 Because of Weiss’s relationship with Bob Harvey, Alisa Shamosh and the people at Panavision, Woodland Hills (the third time they have donated the use of equipment for one of Weiss’s issue-oriented projects), Waldron was able to shoot with a variety of vintage Panavision spherical primes – Super Speed Z line, a 1980’s Zeiss/Panavision hybrid and several Ultra Speed Primes, including a 150-mm lens, all on a Panavised RED EPIC.

Each choice solidified the intensity of the story – and supported the issue they were gently laying bare. “There is a scene where Beth comes home and finds her mother on the floor, hours into a manic episode,” Waldron continues. “The lights are off, the furniture is rearranged – and Beth joins her on the floor. There’s this moment of peace in the chaos for Gloria with Beth at her side, but Beth feels totally trapped.

“We were careful about slowly introducing more color in the film as Gloria’s mania worsens. In the scene, they are framed (with the camera looking down on them) against a very colorful carpet. It’s a bit understated because the whole scene is filtered through an ambient streetlight. These choices are implemented subtly, but when they work, they help a scene feel right.” 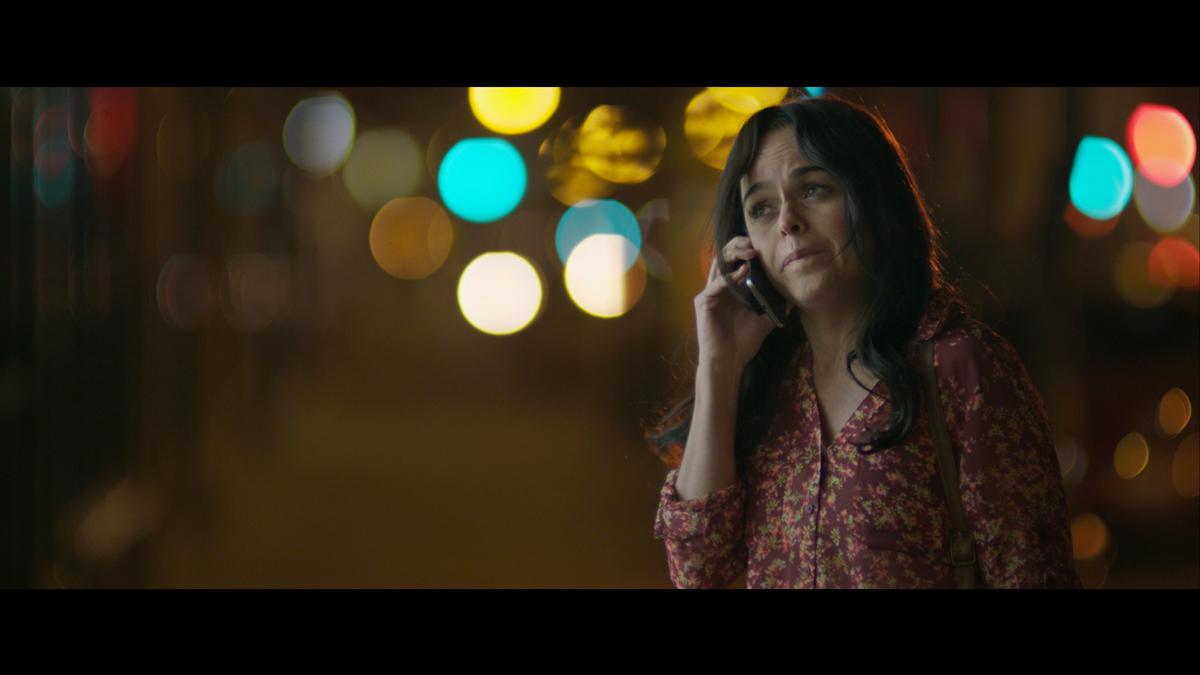 Linea Johnson, co-author (with mother Cinda) of Perfect Chaos, a memoir about a mother and daughter dealing with the daughter’s bipolar disorder that was referenced by Weiss and Loeb, describes A Light Beneath Their Feet as “beautiful,” adding, that, “at times it was difficult to watch because it was so accurate. I saw, for the first time, what my mania looked like from the outside, and it was very intense. It was deeply touching to know they took into account real lives to make this film. I feel that the love and honoring of all those struggling really shows through, and that at no point, like so many other movies, did I feel like they were using mental illness to exploit its irresistible strangeness and scariness.”

The groundswell behind the film is tangible and impactful. In every city A Light Beneath Their Feet has screened, the production has received support from organizations that focus on mental health, including local chapters of the National Alliance on Mental Illness, Mental Health America, the Depression and Bipolar Support Alliance, and Active Minds. It was the Closing Night Film at the Rendezvous With Madness Film Festival in Toronto, and has played in roughly 25 festivals, including the Chicago International Film Festival; the Mill Valley Film Festival, where it won the Audience Award; the San Luis Obispo International Film Festival; the Vimeo Stubbornly Independent Award at the Tallgrass Film Festival; the Best Female-Directed Narrative Feature Award from the Alliance of Women Film Journalists at the Whistler Film Festival; and the Rising Star Award for Madison Davenport at the Vail Film Festival.

Festival programmers say the movie is making a difference. 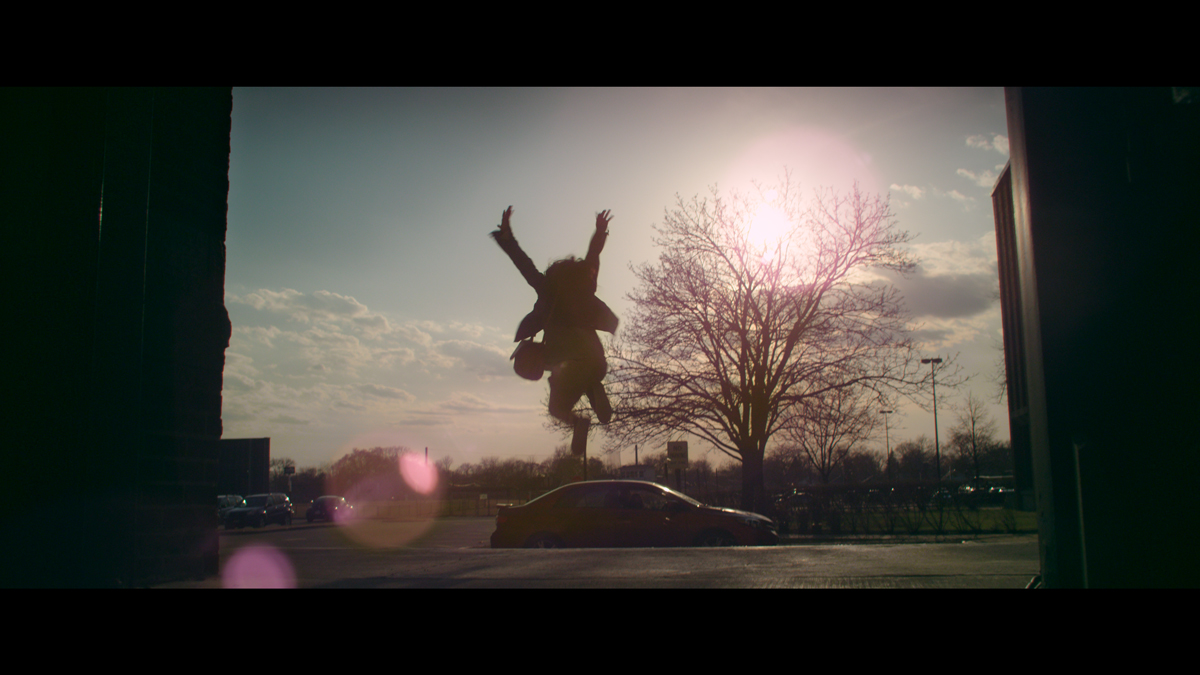 “For nearly twenty-five years now, the Rendezvous With Madness Film Festival has fought the battle against stigma in mental illness, addiction and recovery issues by showcasing films – features, shorts, documentary, experimental and animation – designed to stimulate discussion between audiences, filmmakers, health care professionals and people who have lived with the experience,” describes Geoff Pevere, the festival’s programmer. “We chose A Light Beneath Their Feet to close the 23rd edition of the festival last year because it so powerfully served the purpose of generating feedback from general audiences on the issue of living with loved ones with bipolar disorder.”

Pevere says the film provides a frank account of what it’s like to defer goals and dreams in life in order to care for someone with a mental health issue. “It’s that rare movie about mental illness that speaks a kind of truth for those who have lived through it,” he adds, “while also offering a compassionately enlightening framework for those who haven’t.”

Glenn Close’s organization, Bring Change 2 Mind (bringchange2mind.org), has tapped into its national network of experts and advocates, who have attended panels and Q&A discussions at select film festivals and screenings of A Light Beneath Their Feet. “[The film] is really beautiful and most endearing,” says Bring Change 2 Mind’s Executive Director, Pamela Harrington. “It was heart-wrenching and beautiful in its authenticity, all without producing stigma against mental illness.” 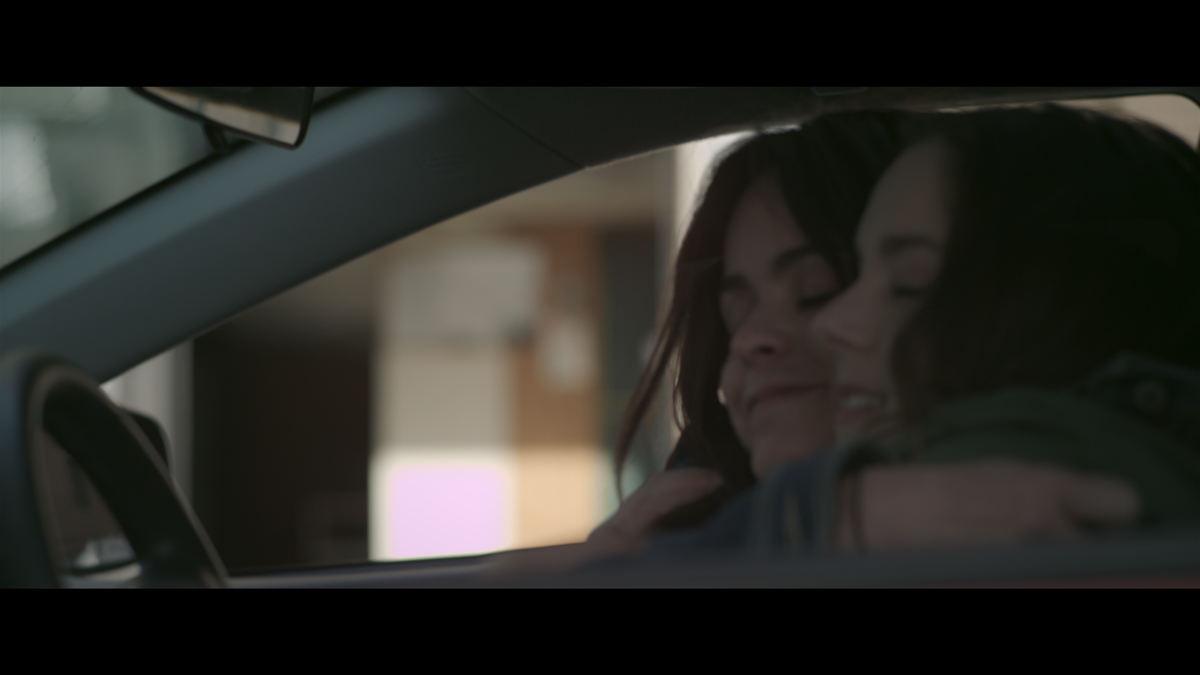 Loeb says it’s amazing “how many people come up to tell us that this film is their life story. Or a family member’s or friend’s life story. Sometimes they are identifying with the daughter, sometimes with the mother. It really is a much more common experience than is generally discussed in public.

“The film does a great job at facilitating a discussion about the issues and helping people realize they are not alone,” he concludes. “Hopefully it can help alleviate the stigma surrounding mental illness that prevents people from seeking diagnosis and treatment.”

Trailer and list of cities and theaters available at https://www.wannawatch.it/a-light-beneath-their-feet.