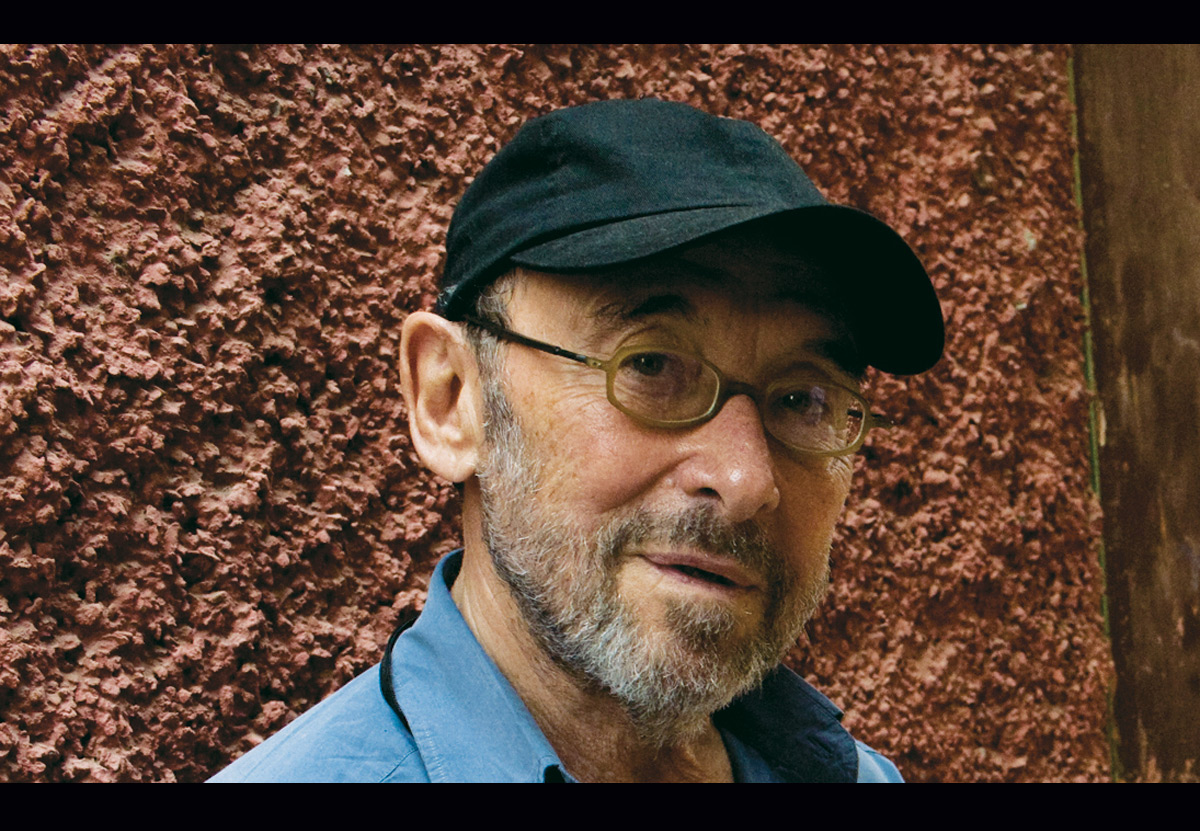 This is not a rhetorical question: can you name another industry pro that’s worked with Bob Fosse, Paul Mazursky, Herbert Ross, Alan J. Pakula, Woody Allen, Carl Reiner, John Schlesinger, Warren Beatty, Garry Marshall, Jonathan Demme, Mike Nichols, Robert Towne, and Sam Mendes, not to mention Sven Nykvist, ASC, Conrad Hall, ASC, James Wong Howe, ASC, and has been nominated for (and won) more Oscars than any of them? Paris-born, Manhattan-raised costume designer Albert Wolsky has learned a thing or two about filmmaking in his five decades in the industry, and he stitches a magnificent verbal collage about filmmaking past and present, including his work with cinematographer Robert Elswit, ASC, on the new romantic spy film, Duplicity. It’s probably no accident Wolsky cited Hitchcock’s North by Northwest as inspiration in dressing modern-day stars like Clive Owen and Julia Roberts: those who say movie royalty died off with Cary Grant need only witness the elegant and gracious designer in action. The man embodies old and new Hollywood in the best of all possible ways.

ICG: How does costuming a modern film like Duplicity compare to doing period, like the recent Revolutionary Road, or Bugsy, for which you won the Oscar? [Laughs.] It’s the difference between heaven and hell. My job is to translate what’s described on the page into a visual image, just like the cinematographer or the production designer. It’s to capture the essence of the characters and story, and to reflect the social, cultural, and economic layers, and that’s easier with a period film because you have the luxury of looking back at something that’s frozen in time. In a modern film the clothes are so common and familiar, it can be difficult to define things.

So what then were the challenges on Duplicity? [Director] Tony Gilroy wanted to make a throwback to a more glamorous period in filmmaking, and yet still have it translate for today’s audience. My approach was to use echoes of a time before films shot entirely on location, when that glamour was hermetically sealed within the studio. Certainly the 1930s and ‘40s come to mind, but that kind of filmmaking was still going on into the 1950s and early 1960s, as well, with works like  North By Northwest and some of those Doris Day films.

Would you have thrived under the old studio system, when costuming budgets were as lavish as they’ve ever been? It was a factory, in the sense, that everybody was there going 12 months of the year. You had departments for wardrobe, set building, and crafts. Actors didn’t dare appear for a fitting the day before their scenes! It was a very different industry back then.

Talk about working with Robert Elswit (ASC), who won the Oscar [for There Will Be Blood] while you were shooting Duplicity. He and Tony were both nominated that year, and it was exciting for everyone on the crew when Robert won. The man is so bright and talented and that makes my job easier. He has a bit of the director in him in that he sees the broader scope of the picture. I think that’s helpful for a cinematographer. Robert’s also extremely resourceful and can make anything I put together work on the set.

How do you go about selecting costumes for a film? Several factors, really. It begins with the script, breaking it down scene-by-scene, and that becomes your template: if the character is a ditch digger it’s unlikely he’ll be working in a tuxedo, right? Of course you talk to the director to get his overall vision, and then you set about doing research – photographs and paintings. If it’s a period film set in the 1800s, you’ll have loads of fabric to work with, and you can build your own proportions. If it’s a modern film with the star wearing a little slip-dress you know you’re going to be limited by the body of that actress. The actors play a big part in all of this.

Speaking of bodies: Clive Owen and Julia Roberts have several love scenes in Duplicity. How do you costume for various states of undress! The biggest problem is contractual. If the stars have it written into their contracts they can’t be naked, and the director insists on being more graphic, it’s my job to both show and hide at the same time. You give the illusion of nudity – a bare back angle from behind can go a long way when Julia Roberts is, in fact, in bed with socks and tights on! Your best ally when costuming love scenes is the camera.

Perfect bridge to my next question. You have worked with some of the industry’s most celebrated cinematographers, including Conrad Hall (ASC), Roger Deakins (ASC), Sven Nykvist (ASC), Néstor Almendros (ASC), Michael Chapman (ASC), Allen Daviau (ASC), and the list just goes on and on.  Is your relationship with the DP different for every movie? The costume designer, cinematographer, and production designer work as a single unit because we are the visual heart of the movie. When I first start a job, I love to meet with the cinematographer to discuss lighting, film stocks, and the textures he will be using. Colors are usually our biggest area of discussion and technology has altered that conversation. When I first started in the 1960s, you couldn’t use pure white; you had to use gray. Gordon Willis was famous for hating blue! You could barely get by with a very dark policeman’s uniform only by convincing him it could not be brown. [Laughs.]

Why the grudge against blue? Today’s it’s easier, I suppose. But once upon a time any blue fabric would register so hideously bright and unforgiving, it would just dominate the scene. I remember working with Néstor Almendros, on Still of the Night with Meryl Streep. I did an evening dress in aubergine, which is an eggplant color, and it became a real problem for Néstor because the dress would look different every time he changed the lighting. More recently, I over-dyed all the denim fabrics in Road to Perdition so the blue wouldn’t pop out. Controlling blue is difficult and I’m sure that’s why Gordon detested it.

What other cinematographers stand out in your memories? They’re all so fabulously talented. Conrad Hall was a painter. Road to Perdition is a painting; it’s that beautiful. Giuseppe Rotunno (ASC), from All The Jazz, had total respect for the collaborative process. He took me aside before we started that film and whispered, “if you want to test [any fabrics or materials] before you start building costumes, we can do it alone and no one else has to see it.” That’s the mark of a great cinematographer, of a great craftsman, really. Someone willing to do anything to make the picture better.

Doing tests with the DP is much less common today? Unfortunately it is. In the old Hollywood days, we’d have months to build costumes [in advance of production] and correct mistakes through testing. Nowadays there’s hardly any time for hair, make-up and costuming, and you’re always racing to catch up. I wish we could start a movie after the first two weeks of shooting because that’s my learning curve.

Many of your films have featured big stars. How involved do they get in your job? Actors like Meryl [Streep], who have a theater background, are always looking to disappear into their characters. Other actors have trouble stripping away their own personas, and I’ve learned that’s okay. The film is better off when you preserve, not bury, the character traits that have made them stars. In the end, it’s all about convincing actors that what they’re going to wear is right. Even if you know what they have on is right for the role, if they are not comfortable then it’s going to impact their performance.

In a resume of more than 70 movies what stands out? Given how complex and massive the moviemaking process is, it’s rare to have everyone working in perfect creative harmony. The typical line you hear on so many movies is, “oh, don’t worry. That will never show.” In recent memory, Road To Perdition was a project where you never heard that remark. We had two full days of meetings focused just on the look of the film. I remember not being able to find the exact fabric from the period, and literally weaving all of the materials from scratch.

You began your career on Broadway, how do stage and screen differ? It took awhile to understand that film is a two-dimensional medium and theater is in three dimensions. You will actually see more depth and texture in a costume from the balcony of a stage production, than you will with an extreme close-up in movies, because film flattens everything out. More than anything, though, film is a much more realistic medium. In movies we do clothing. On stage we can do “costumes.”

What’s one piece of advice you’d offer a DP to make your partnership stronger? Cinematographers are usually worried about production design, where to hang lights, how to move the camera, etc. And that makes perfect sense. But they should also give room and time to the costume designer regarding color, materials, and the overall look of the film. Being inclusive is the best piece of advice I could give anyone on the set.

Can you name the most challenging film of your career? They’ve all been hard. [Laughs.] But I can tell you the easiest one. It was my very first film, The Heart Is A Lonely Hunter; I was fearless and didn’t know any better. The cinematographer was James Wong Howe. He was at the end of his career and had a reputation for being very difficult. I thought he was extraordinary! He had done everything, including silent films, and here he was treating what could have been his last job as if it was his very first. What people saw as taciturn was actually James Wong Howe worrying about making every detail perfect. His work ethic was unbelievable, even at the end of his life. I was so grateful to him because it’s a lesson I’ve always held onto. You don’t always achieve perfection, but you can at least start out that way.