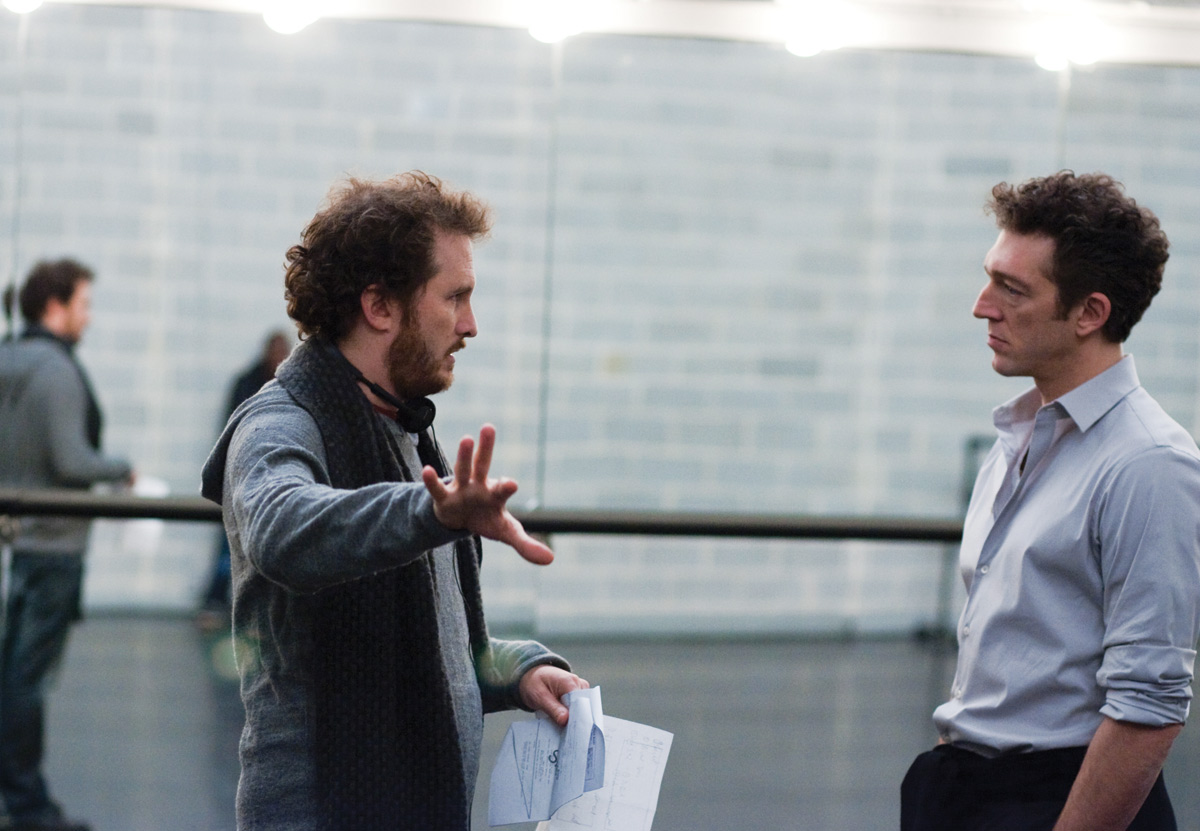 Darren Aronofsky is a confirmed New Yorker. Born in Brooklyn to parents who were both teachers, he was trained as a research biologist with The School for Field Studies at a ranch in Kenya and Prince William Sound, Alaska. When Aronofsky entered Harvard University in the late 1980s, it was to study anthropology, live action film and animation. His senior thesis film was a finalist in the Student Academy Awards, and that honor inspired further studies at the American Film Institute (AFI), where he earned an M.F.A. in directing. Aronofsky was honored with the prestigious Franklin J. Schaffner Alumni Award at AFI, but perhaps even more importantly, it was where he met a kindred creative spirit in cinematographer Matthew Libatique, ASC. As young mavericks, the pair set out to forge a new path for independent filmmaking, beginning with Pi, which won the Directing Award at the 1998 Sundance Film Festival, the Independent Spirit Award for Best First Screenplay and the Gotham Open Palm Award. Aronofsky went on to make visionary narratives like Requiem for a Dream, The Fountain and his latest, Black Swan, all with Libatique behind the lens. In fact, The Wrestler (shot by Maryse Alberti) is the only film of Aronofsky’s not done with Libatique. Pauline Rogers talked to the director about the youthful film school exuberance he continues to bring to each project, and his 15-year dream of making Black Swan.

ICG: What was the inspiration for Black Swan? Darren Aronofsky: I’ve always wanted to do a film set in the ballet world. My sister was a dancer and I grew up with it. No film had really done it seriously since, maybe, The Red Shoes. And, so I thought that would be a unique universe that very few people had exposure to.

The platform was not always ballet. What was it originally? When I was cutting Requiem for a Dream, (I read) a script about the Off-Broadway world of acting and I got the idea that I could change that to the ballet world. Little did I know how difficult it would be! Because it is a completely different world and there aren’t any understudies in ballet.

What did it take to make the transition? I started researching by seeing Swan Lake and saw that there was a Black Swan and a White Swan played by the same dancer. And, so the whole doppelganger idea was there and we decided to bring that in. We really ended up basing so much of our film on the ballet Swan Lake. It just took a long time to get right.

What is it about ballet that attracted you? It is such a bizarre exercise and vocation, so unique that I thought that it was its own world. And I’m attracted to worlds that we haven’t seen before.

How did you blend the two levels of Black Swan – the world of ballet and the emotional disintegration of an obsessed dancer? We started by studying all different films and seeing dancers. Seeing how they put on their shoes and take care of their bodies. Seeing how they live. So much of the film is about that. We forged a connection with the character on a writing level and following her mindset page by page, word by word, making sure that where her psychology is makes sense to you (the writer and director), and then the audience. And if you track that all the way through a 110-page script, hopefully the actor gets it as well. When you’re there, on the day, on the set, you read the before and after, and hopefully you know enough so that you get to a place where the believability tracks.

You’ve been quoted as saying Black Swan is a companion piece to The Wrestler. The ways that they are similar is that one is about the highest art and one is about the lowest art. Some people would argue that wrestling is not even an art. But the fact that both have performers that put their bodies before their health is very interesting to me. So I think they are both films about athletes and performers who use their artistry and soul to push forward.

How different did Black Swan end up being-from The Wrestler? Ballet is much more refined. People have been training their bodies from when they are 4 years old. Athletes are on a whole different level. And the art itself is so much more deeply developed and complicated than wrestling. So there is really no comparison between the difficulties of the skill set.

You are one of the few maverick filmmakers who haven’t transitioned to HD. You stick with film. I do like HD. We shot a couple of scenes in Black Swan on the Canon [1D Mark IV] camera, and I thought it looked beautiful. So, I’m not against HD. I just like the aesthetics of film. And [film] is also a very easy technology to use because people have been doing it for over a hundred years. Crews know how to handle it. Technically it is challenging in some ways, but it doesn’t have all the new challenges of HD.

What brought you and Matty Libatique together? We were two of the youngest guys in film school. He grew up in Queens. I grew up in Brooklyn. We had similar musical influences and were just able to communicate early on. Back then Matty used to operate and I used to love that, when things were really simple and you have only a couple of people on a crew, it was great to have that exciting part. Aesthetically we have grown together and we have great shorthand.

How has the relationship grown? We’re good friends, so we hang out. We spent some time backpacking around Asia together. We’ve had a lot of adventures (apart from moviemaking) and that translates into our work. Having shared memories, you have that kind of respect for the person you are working with. Also, I think we both get very personally involved with our projects. For us it’s not just a job. We both want to express ourselves so we’re striving to push ourselves to do the best work we can.

It is very difficult in this industry to be highly original and succeed. Yet, you did it with your first project – and continue to do it today. What’s your secret? I don’t really compare myself to what is going on. I look at the story and strive to develop a visual style to help tell that story as clearly as possible. For example on Pi, because we had such incredible financial restrictions, I decided that, “Hey, let’s just make a purely subjective film from the point of view of the lead character.” So we limited our palette to make it only about Max and his story. That way we didn’t have to cut away to the bad guys plotting to take over the world. We kept it simple because we really had only one actor that we could depend on every day!

Can you describe what Matty brought to that first feature that has kept you guys together? Matty had a very hard job [on Pi] because we were shooting black and white reversal film, which is extremely difficult to expose. He was really walking a tightrope. Being able to master that film stock and paint the pictures that we were creating with that film was incredibly hard. Visually, we spent a long time together talking about what it would feel like. And, of course, Matty always brings a lot of energy to [the project]. He’s an artist, with passion and technical skills; but also his strength of heart and his love for filmmaking. Matty is very intense and I think his crews recognize that he’s there not to just do a job. And they rise to the occasion.

How has the relationship grown over four pictures? I don’t think it’s changed all that much. We are still the same film school kids working together, doing our best. Of course, because Matty has done all these big pictures, he’s had experiences with different equipment and possibilities of how to get things done. He brings that to the table now, which is a great contribution. We’ve gotten to work with a lot of different actors and talented Union crewmembers. So, I think both of us have a lot more tricks up our sleeves then we had. Hopefully, our passion remains as strong.

Where would you place the relationship between a director and DP? It is probably the most intense relationship on the set other than working with actors. The production designer is intense but the DP works super hard on set. They always have to be there. It’s a pretty challenging job.

You keep shooting stories in New York. Is it a comfort zone? There are many, many stories in New York, and because I live here and my family is here, it’s a good base. I’m not purely a New York filmmaker. It’s just worked out that way. I suppose if I had to go shoot outside of New York, it would be nice to go somewhere warm. I’m always shooting in the cold and snow.

Has the film world changed from those early days on the film fest circuit? Absolutely. Independent film has gotten a lot more complicated. There are much less opportunities and you have to make films in a smaller box. But [independent moviemaking] is still the only place where you can make something different.

What is the most important piece of advice you could give filmmakers starting out today? Make something completely and fully original.