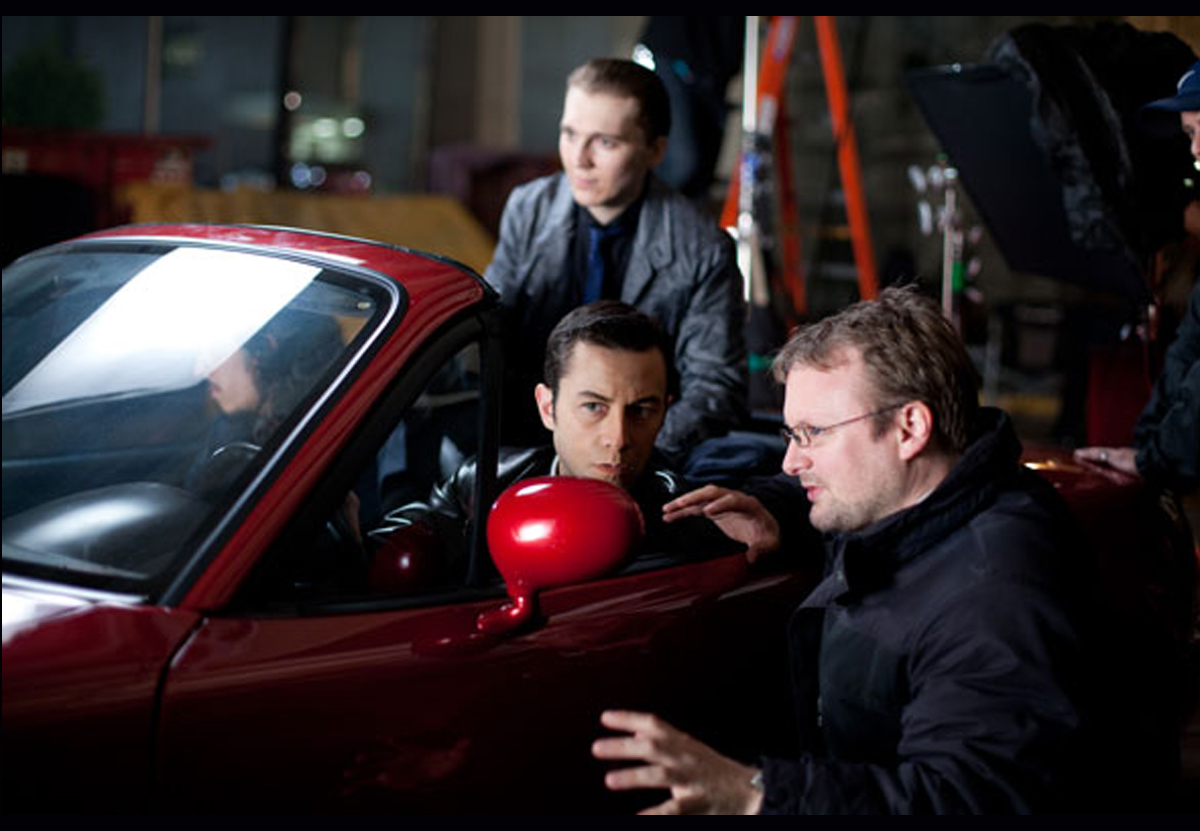 Writer/director Rian Johnson’s newest film, Looper, was one of the most talked-about fall releases before summer even began. Now that’s it out, critics say it looks, sounds, and feels like nothing Hollywood’s ever produced in the notoriously dead-brained sci-fi genre. So what’s Johnson’s secret? He writes his own material for one, and he’s worked closely with the same cinematographer, Guild member Steve Yedlin, since film school. Looper, which poses the unique metaphysical conundrum – can a paid executioner carry out his assignment when the target is his future self? – reunites Johnson with Joseph Gordon-Levitt, the lead from Johnson’s sensational high school noir debut, Brick, an under half-million dollar film that won a Special Jury Prize at Sundance. The Brothers Bloom, a story of con-artist brothers filmed against a variety of international locales, was Johnson’s step-up sophomore effort, and now with Looper, he and Yedlin have upped the visual and narrative stakes even more. Kevin Martin talked to Johnson earlier this summer about the keys to his ever-more brilliant career.

ICG: With Looper’s futuristic setting, was production designer Ed Verreaux (Contact, Mission to Mars, Starsky & Hutch) brought in because of his history with effects films? Johnson: No, that wasn’t it at all. I had this great meeting and could tell that creatively, he was very much in tune with the project. He does have this amazing background, in effects and science fiction movies, but that wasn’t as valuable as finding someone I clicked with. I look for people who can read my script and then challenge me while infusing the film with new ideas.

Do you ever review other similar types of films during prep? I know many directors reference other movies quite a lot, but since I have tended to work in specific genres, it seems beneficial to go outside of those realms to find inspiration and fresh influences. Instead of looking at Blade Runner when doing a sci-fi movie, I’ll look through architectural magazines to find reference photos, or pull together artwork I find intriguing to serve as a point of departure. I’m always wondering what the effect a particular location has on the characters and how it will make audiences feel when they see it on screen. All design decisions are driven by character and story so they form the rudder that steers the ship.

Each of your films to date has been a pretty big step up in scale. Not just that, but they have all been very different in tone, type of story and visual requirements. I think too often filmmakers, especially writer/directors who are considered to have a ‘voice,’ are thought to have a specific fixed visual approach, almost like it’s a suit they wear. Inevitably there are going to be similarities from film to film, but those are probably unconscious ones. I try to tailor visuals to the specific needs of each story. With Brick it was one thing, The Brothers Bloom was quite different and very specific in its differences, and Looper is a thing apart from both of them. There is no visual affectation I choose to bring to the work.

Yet you’ve used the same cinematographer since film school. We’re very simpatico, and Steve’s friendship means as much to me as his talent. Even though I’ve seen all the great work he’s done with digital, some of which has really blown my mind, I’m a kind of traditionalist. [Yedlin developed the Yedlog Gamma software, whereby the digital camera is programmed with a logarithmic Gamma curve, optimizing the full range of exposure for HD and utilizing more image information for color correction.] The look of film is something I love so I choose to originate on it. I find it to be a superior format for image capture and think it looks more beautiful than digital. For as long as I can shoot film, I will. And preserving your work seems best served that way as well. The thinking has been that once you put a movie on a hard drive it is good forever, but that’s anything but true. Film neg is a safer bet.

How did the effects and futuristic trappings of the story affect your prep? I don’t consider it to be a heavy effects film, though there is a lot compared to what we’ve done before. I do storyboard as part of my prep, especially for big action sequences, and then review the drawings with Steve before we go forward to make sure this all makes sense and can be achieved. But I’ve never gotten involved with outside companies to do previs, though I discussed it with Spiderman director Marc Webb, who said he really loved it once he had jumped in with both feet.

So did you wind up treating the future aspect principally as background? The aesthetic in Looper was to keep things very real, grounding it in a credible visual reality. But we still wanted to show cool environments and find some nice camera angles. Ideally everything winds up working in lockstep. A really striking design or composition can pop right off the screen in a memorable fashion, especially if you can get it to work with the story content being presented.

Except for TV work, you’ve only directed from your own scripts. For me I think it has to have that personal connection. Maybe someday I’ll find a very fascinating script that I really want to do, but for now what makes it really satisfying is seeing an idea through from its germ till the day you first screen it for an audience – even though for me, writing is no fun at all and takes forever. [Laughs.]

Being the author must facilitate matters for your collaborators, who can get definitive answers direct from the source. Being in that position may be the only thing that gives me the confidence to go on-set and direct. Surrounded by all those people, many of whom are more intelligent and talented than me, I find my only safety net comes out of knowing the material from the ground up. For that, if no other reason, it would be an enormous challenge for me to even consider directing somebody else’s material.