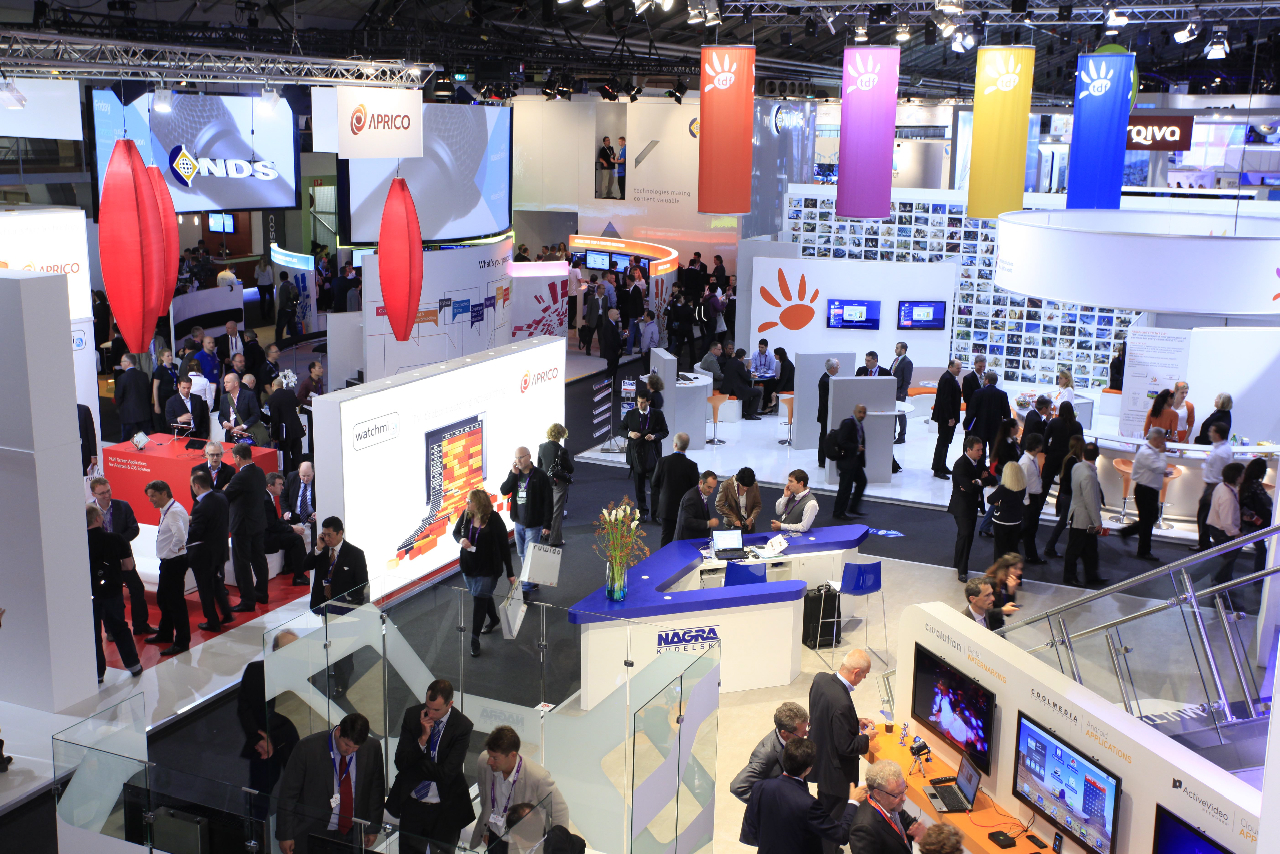 Working Through The Flow

Overcoming the challenges of new workflows was one of the most discussed topics at the 2011 International Broadcasting Convention, which occurred Sept. 8-13 in Amsterdam. Though really, few expected anything else.

Overall, participants seemed to be in a positive mood as the show concluded with a reported record attendance of roughly 50,000 and exhibitors all evincing a general optimism about the state of the global television and broadcast industry.

While it is impossible to talk about all of the technical innovations, highlights at IBC involved many new anticipated camera technologies, including Sony’s F65 (which was shown at an event in Hollywood just prior to the start of IBC) and ARRI’s new ALEXA M modular camera (the first production prototypes have been delivered to Cameron | Pace Group), as well as P+S Technik’s PS-Cam X35.

There was plenty of talk about how “the cloud” could contribute to advancing workflows, with the main emphasis being on broadcasting through developments such as Quantel’s QTube system. An IBC demonstration of QTube showed how MXF files stored on the Amazon Elastic Compute Cloud could be added into a timeline on QTube Edit, with the final edit taken to air.

3D production also enjoyed lots of attention at IBC, largely driven by presentations from James Cameron and Vince Pace, who are planning to expand their Cameron-Pace Group’s reach in Europe; along with the first public exhibition of the newly-named 3Ality Technica, following 3Ality Digital’s acquisition of Element Technica. The IBC show-floor was also buzzing about the use of 3D to capture the 2012 London Olympics, and BBC’s intent to test NHK’s developing 8K Super Hi Vision format during the event.

When it came to business announcements, Adobe’s acquisition of Iridas, creator of SpeedGrade, which supports stereo 3D, RAW processing, color grading and finishing, fueled speculation about a sea change in professional video workflow. “The ability to deal with HDR workflows and also their stereoscopic pipeline – those are two areas where we wanted to accelerate our efforts,” explained Bill Roberts, Adobe’s director of video product management, of the strategy behind the acquisition.

Lin Sebastian Kayser, CEO of Iridas who joins Adobe with his team, said that, “Adobe has demonstrated real commitment to the professional film and video market with its recent releases and has a known track record of integrating acquired technologies. With the addition of our color grading technology I believe Production Premium can lead the HDR video and stereoscopic charge as the film and professional video industry evolves.”

Assimilate’s exhibit included Scratch Lab, its ‘digital lab’ tool that lists for $4,995 and is designed for on-location workflows and VFX dailies pipelines. It is available for Mac OS X and Windows 7 platforms.

IBC was also the stage for the launching of some sophisticated new workflow tools, including The Foundry’s Hiero for shot management, conform, and review. Set for a November release, Hiero is a desktop application with a scriptable timeline tool for Nuke that conforms EDLs and parcels out VFX work to Nuke artists. The Foundry related that with Hiero, shot progress may be viewed in the context of the edit.

Explained Atomos CEO Jeromy Young: “Avid DNxHD is an industry standard, especially for broadcasters and postproduction houses that are medium to high end. Recording directly at the camera to this format allows a 75 percent reduction in ingest and transcoding time, as no conversion is required while ingesting and the files are instantly available for edits.”

AJA is offering the DNxHD codec as a free downloadable firmware upgrade for its Ki Pro Mini. AJA’s Ki Pro Mini lists for $1995, and the upgrade is slated for availability in Q4.

Atomos announced that the DNxHD codec would be available for its newly launched HD-SDI Samurai 10-bit Apple ProRes field recorder, monitor and playback/playout device, which lists for $1595. The DNxHD codec is slated for availability later this year, priced at $149 for any Samurai user.

Atomos also introduced a pocket sized, battery-powered Connect converter, which is slated for availability in Q4 for $349.

“They remove pull-down, supply test patterns and audio tones, and have multiple power options including dual battery,” Young said. “At the same time, with these converters, we’ve added what everyone’s been asking for: an HDMI input and output to the Samurai, and an HD-SDI input to the Ninja.”

Codex Digital, which supports DNxHD, used the IBC platform to introduce 60fps ARRIRAW capture on the Codex onboard recorder.

Meanwhile, in collaboration with P+S Technik, Codex contributed to a workflow demo for the new PS-Cam X35 digital camera using a Codex onboard recorder.

Io XT connects to Thunderbolt-equipped computers via a single cable. An additional Thunderbolt port is provided, allowing ‘daisy-chaining’ to peripherals like storage. Io XT is expected to become available for purchase during Q4 for $1495.

Thunderbolt-enabled products were shown at additional exhibits, including that of Blackmagic.

Explained Blackmagic president Dan May: “Thunderbolt is a technology that supports hi-res displays and high performance data devices in a single port, and that is going to be used on set, in the field, in mobile trucks, etc.”

IBC hosted demonstrations of software that supports the Alembic open source CG interchange format that was launched during the summer at SIGGRAPH.

Alembic version 1.0 is now available for download with features including automatic data de-duplication, which is aimed at reducing the amount of disk space needed for a project.

EditShare meanwhile launched the next step in its open source initiative surrounding its Lightworks nonlinear editing system, which includes codec licensing through a membership program, new editing features, more third-party support, and a new keyboard for the editing system.

Lightworks has been used to cut Don’t be Afraid of the Dark, the upcoming 3D Martin Scorsese feature, Hugo, and Academy Award winner The King’s Speech.

New features being introduced in this phase two launch include a native titling tool and stereoscopic support.

Editshare plans to launch phase three toward the end of the year, offering the Lightworks editor for Windows, Linux and Mac OS X platforms. Phase four, the rollout of the open source code to the entire community, is scheduled to occur in late 2012.

Flying Monsters 3D with Sir David Attenborough, which opened October 7 in North America, received the 2011 Special Award at the IBC Awards, which was presented to its makers, Atlantic Productions and Sky 3D, as well as postproduction facility Onsight and its postproduction system supplier SGO (Mistika).

At IBC Sony won the IABM (International Association of Broadcasting Manufacturers) Peter Wayne Award in recognition of its BVM-E250 25-inch OLED reference monitor. The honor recognizes “new outstanding products and technologies that offer a significant contribution to the broadcast and media industry.”

Also during the ceremony, IABM Awards for Excellence in Design and Innovation were presented to Photon Beard and its PhotonSpot Nova 270, offering low-heat, energy-efficient location lighting; Quantel and its QTube global media workflow, developed to allow users to work with content from anywhere in the world using Quantel technology and the cloud; Snell and its Archangel Ph.C-HD real-time restoration system for film- and video-originated content; and Vision Research and its Phantom v641 digital high-speed camera with ultra-slow motion playback.