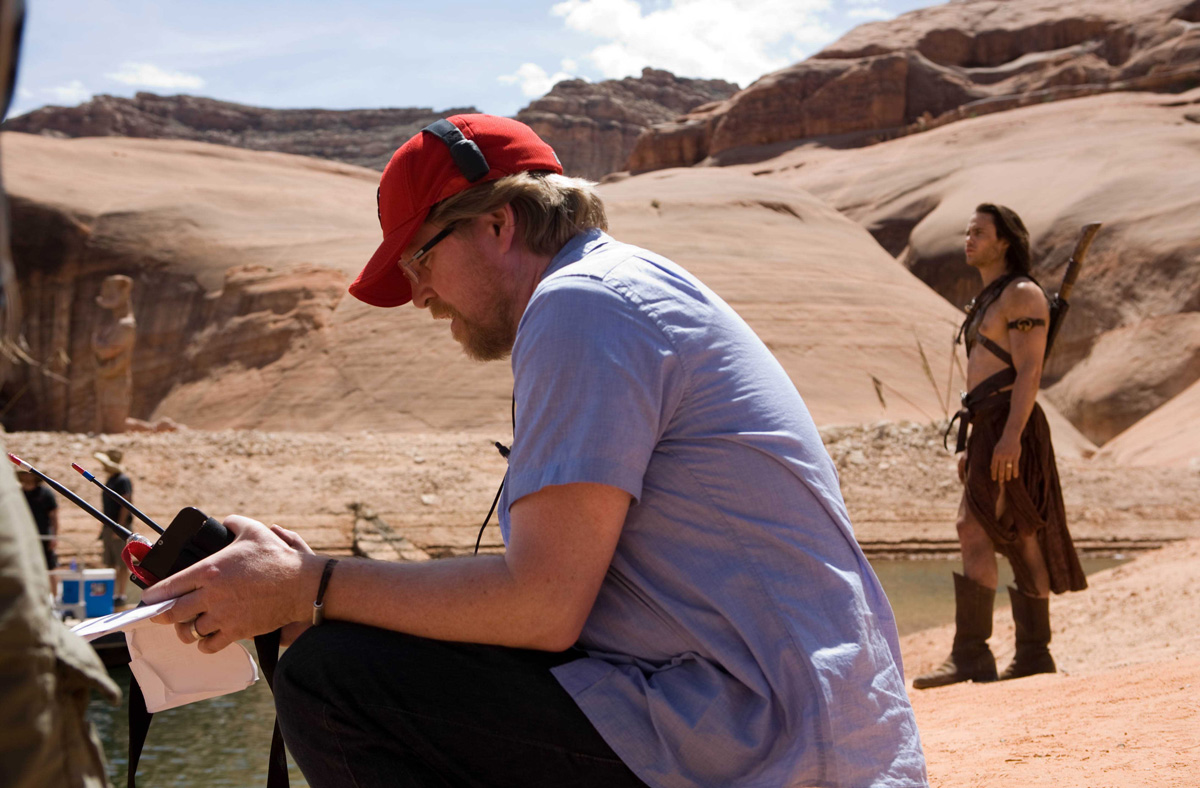 Andrew Stanton was the lead writer of Pixar Animation Studios’ Toy Story trilogy, and he wrote and directed Finding Nemo and Wall-E, two films that earned upwards of a billion dollars at the box office, along with two Academy Awards.® For his live-action directing debut, Stanton set his sights on John Carter, a cinematic re-imagining of the Edgar Rice Burroughs tale of a Civil War soldier who is accidentally teleported to Mars. On the red planet, Carter engages with 12-foot-tall, four-armed warrior-creatures and pursues a Martian princess-in-peril. Aficionados insist that if these tropes sound familiar, it’s because sci-fi adventure stories have been borrowing from Burroughs throughout the century since they first appeared in print. ICG freelancer David Heuring talked with Stanton to hear about the technology that finally allowed the long-sought story to be brought to the screen, as well as the adaptations required to meld the famously thorough Pixar approach with live-action filmmaking.

How did you bring the Pixar approach to the making of a live-action film? Andrew Stanton: There was a lot of curiosity on the live-action set because of the whole Pixar mystique. And there was an equal, if not greater, curiosity at Pixar when I got back from it all. “What’s it like to work with people?” they asked, half-jokingly.

Half-jokingly, of course, because … I’ve worked with 200 people for the last 20 years! I found that what was almost immediately translatable was talking about what’s going to go in the frame. I knew exactly what I wanted, and I think that was a surprise to the live-action crew. It may have been true to a fault, because in animation, you don’t get anything for free. You have to plan all the artifice and imperfection down to the pixel, so you become an insane OCD planner – especially if you want it to seem like you just sort of spontaneously discovered it.

So you’re saying you came in over-prepared? Pretty much. The learning curve came in with “OK, how do you get that physically?” What takes too much time versus what’s quick? But I loved the atmosphere of being on set. It didn’t feel that different from the camaraderie you get at Pixar, that feeling that we’re all stuck on one ship together. It’s just that you do it outdoors, under duress. And, honestly, that was part of the thrill.

Are you a fan of live-action films? I’ve always been a lover of all movies. To me, animation is just one flavor, but I love all flavors of ice cream. I’ve been reading about other filmmakers dealing with the elements my whole life. After all this time, to have the first-person POV of what it’s like – let’s just say that it was really hard to get me upset or depressed. [Laughs.]

You were quoted in The New Yorker as saying, “And some of the Pixar-ness we’re trying to spread at Disney is that it’s O.K. to not know, to be wrong, to screw up and rely on each other.” Can you elaborate? It’s funny. I find in certain steps of the moviemaking process that artistic philosophy seems to be understood. People understand that it may take three takes or it may take 30 to get a shot exactly right, and then we will move on. It might take several meetings and fittings with the costume designer to get it right. But when you pull wider, people sometimes expect that the entire process, because we budgeted just enough time to get it all finished, will work perfectly the first time. Suddenly people think this ratio of effort to mistakes won’t apply. I find this frustrating. I understand that sometimes fear is driving the train because it is so much money, but the trick is not letting fear win.

But animation is a much different  animal than live action. Well, let’s say that I have been very spoiled. I learned to make movies in an environment that is protected from all those pressures. It’s an environment that is as close to the old studio system as you could ever get in the outside world. At Pixar, we are able to say, “Look, we know this film isn’t going to work at first. No film ever does when you start to make it. So we are going to give ourselves a fixed amount of time to start on it, and then to fix it and get it right. We are going to use our money, our time and our assets in a way that allows us to do as many iterations as possible in that fixed time.” Reshoots is not a word in my vocabulary.

Give us an example of that process. At Pixar, every six months we will put up what we have, and whatever we don’t like gets ripped down and redone. And that is expected. It wasn’t until I got into live action that I realized that they only get to make the movie once! If you’ve made mistakes, you might get money to do some part of it again, but in my world, it’s built in that you are going to redo it four times. And that’s the reason the movies are so good at Pixar. That iterative process of creativity makes sense for a musician or a painter, but it gets thrown out the window when it comes to moviemaking. I find blind acceptance – “That’s just the way it is” –frustrating.

How did the decision to shoot 35-mm anamorphic come about? When we interviewed Dan (Mindel, ASC, BSC), he said, “I will only shoot film, and I only want to shoot anamorphic.” That was music to my ears. I’m not seduced by technology to the point that it blinds me to its synthetic nature

But you could say Pixar sort of “invented” digital imagemaking. Well, there is obviously no way around making a picture like John Carter without a ton of green-screen and an insane amount of digital post effects. So how can we mitigate that? How can we approach this so that there is as much of an organic, warm, imperfect and analog feel to it as possible? I want it to feel like we found a historically accurate film about a place where the subject matter just happens to be fictitious. I know what that kind of film feels like because I saw them growing up. So the question was: How can I take this subject matter, use the technology of today to get these fantastical images, but make it feel overall like it was filmed in that era?

Can you give a live-action reference? One of my favorite aspects of Star Wars is that George Lucas didn’t have the technology to reproduce what was in his head. He had to go to Tunisia, build these things, and put them in front of the camera. And you really thought that if you panned right you’d see more of this real world. I wanted the world I read about in these books to be exactly as tactile and believable. So we shot anamorphic and we did as much as possible in-camera. We tried to cut down as much artifice as we could. If you can sense that there is more digital on screen than reality, it becomes a little cold and distancing.

What’s your take on the state of 3D technology? The ability to do 3D in post is improving. There’s not that much difference in my mind between shooting in 3D and doing it in post. It comes down to how good the people you’re working with are. If a filmmaker is a huge 3D nut, it might make more sense for him or her to shoot in 3D because they are thinking about it more consciously. But there’s also a technical aspect. If you do it in post and you have the ability to create plates and separate elements, you can actually control it more. I’ve been very vocal in saying that it’s not in my DNA. I’m not a huge 3D fan. It’s clear to me that it’s not for everybody. I’m not against it, but it doesn’t drive me.

John Carter’s camera team describes you as being extremely collaborative. The specter that haunts me is that the solution to whatever I’m working on or seeing through the camera may be sitting in somebody else’s head, so how can I find it in time? It’s not that I doubt myself, so much as I’ve spent too many years with people who are incredibly constructive and collaborative. And I’ve only seen my best ideas improved by talking to them. So I’m open and desirous of hearing what others think, or what is bugging them. And I have no problem ignoring them if I really feel in my gut that we should go the other way.

Did that throw your crew for a loop? It took a while for people on the set to understand. They are trained, and probably rightly so, to do whatever the captain of the ship says. But I find that dangerous because you can hang yourself. I had to do extra work to let everyone know that I wanted to hear what he or she thought! It’s a weird balance – trying to create an egalitarian atmosphere so people feel comfortable enough to let you know when something’s going to go awry, while recognizing that it’s still a dictatorship. I learned that from John Lasseter.

Did working with a cinematographer require a new way of thinking? Dan [Mindel] did have to bend my mind sometimes. I really deferred to him. I give him a lot of credit – he was very patient with me. I’m so used to lighting things virtually and changing it until you get the right look. But I don’t have the experience and old-school knowledge to know how something photographed on set will look after it goes through the entire process. It was quite a learning curve. I had to trust Dan. He would often play mentor and take the extra time to teach me things I didn’t know.

Final thoughts on your first live-action experience, in 3D no less. I still feel like I have many years of catching up to do. To me, the part of the job that was most fun was working with the camera crew every day. Coming from animation, that kind of spontaneity was great. To suddenly get an idea and try it – to repeat and perfect the performance of the camera in the same way that you’d perfect a performance with an actor – to me, that was a hell of a thrill. 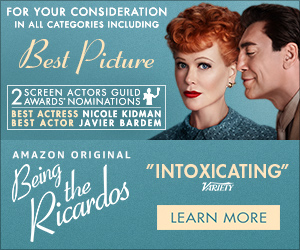 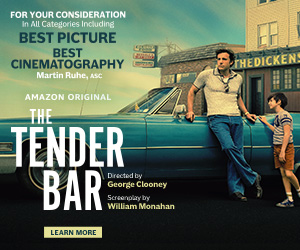 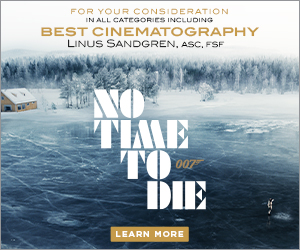 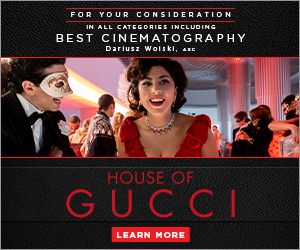 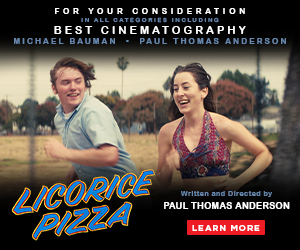 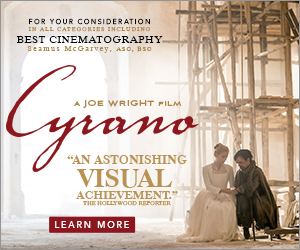 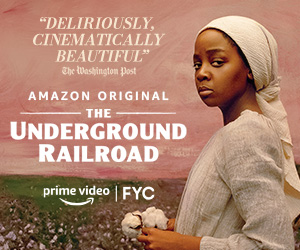 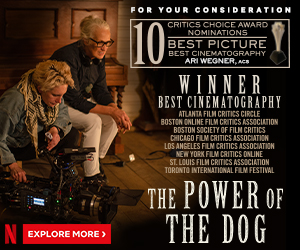 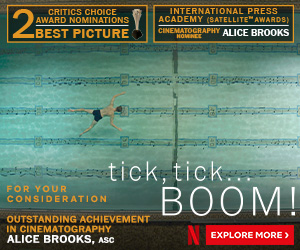