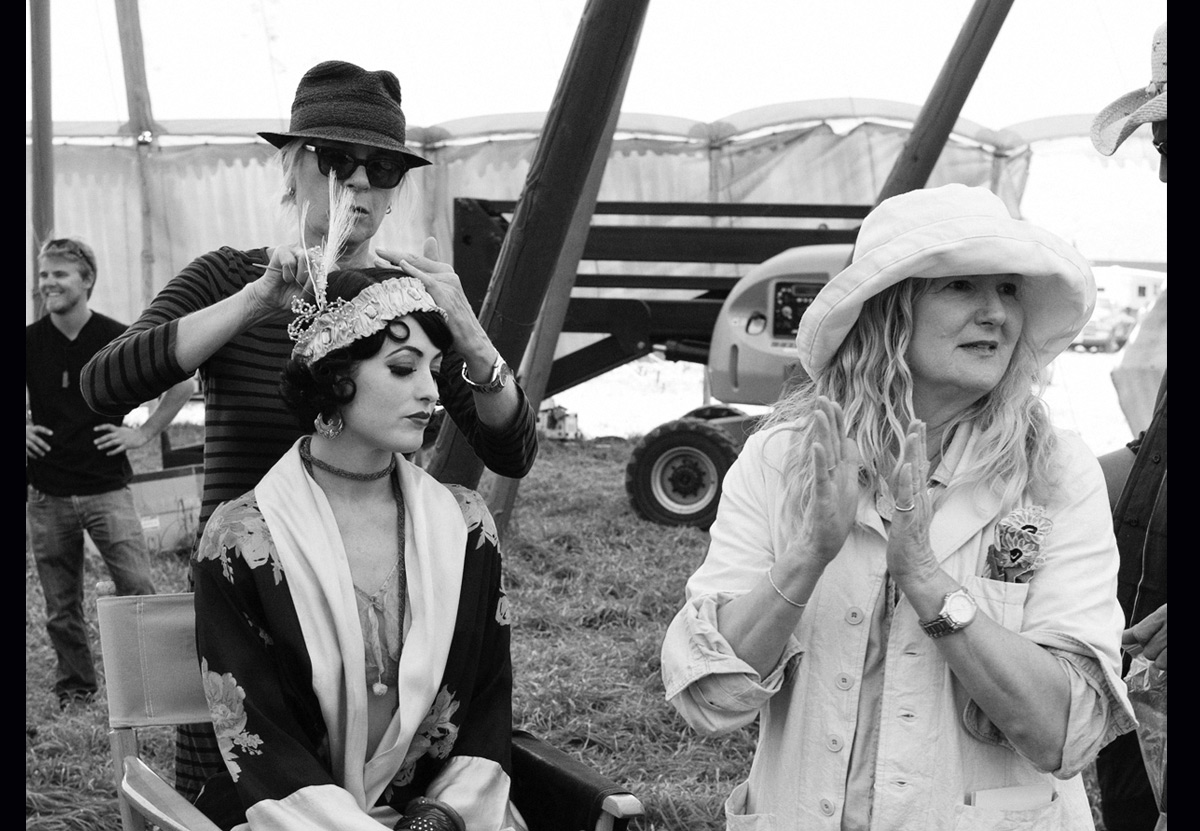 Nominated for costume design Oscars for her work on Quills and The Curious Case of Benjamin Button, Jacqueline West came to her love of fashion from her earliest days in San Francisco, where she grew up with a mannequin in her bedroom and Vogue magazines on the coffee table because her mother was a fashion designer. West followed her mother’s footsteps into fashion design, transitioning only to costumes when director Philip Kaufman asked her to be a creative consultant on Henry & June. West then later served as costume designer for Kaufman’s subsequent films, Rising Sun and Quills. She says she particularly loves the research end of her job – unearthing original sources to help capture the rich details required of a period piece, as West did for this month’s cover story, Water For Elephants. Ted Elrick talked to West about her 1930s-era designs for the film and found out that mom still knows best. “I continue to follow my mother’s advice,” West relayed. “Find the fabric first. The fabric dictates the design.”

ICG: The period circus theme of Water for Elephants must have presented many interesting opportunities. Jacqueline West: It did, because it’s a certain aspect of the 1930s where there isn’t much research to look to. There are a couple of books that were done by photographers at the time, but they were of the circus at rest rather than the circus performing. It was definitely a challenge, and a lot of the time you have to rely on your own imagination. Of course, the source material for the film (Sara Gruen’s best-selling novel) was so rich it was easy to pull descriptions from there. [Director] Francis Lawrence has such an incredible eye. It was a great collaboration with him because he really had a definite look in mind for the movie. It wasn’t Ringling Brothers. It was a poor, rag-tag circus that had gleaned its talent from other circuses that had gone under.

How did you become involved in the project? [Production Designer] Jack Fisk called me. I had worked with him on [director] Terence Malick’s films, and Jack said, “You have got to do this movie.” So I started reading a lot about the circus in the 1930s and looking at many pictures — the Kelty book (Step Right This Way, a collection of circus photographs from the ’20s through ’40s by Edward J. Kelty) was amazing, and a book I already owned. I had bought it years before for the photos. I guess we’re all fascinated by the circus, right from our childhood. I shared it with Jack and then met with Francis, and he had a book of research, and I brought a big folder of images that I thought would interest him. We had so many of the same images in both our books; it was really interesting that we were on the same page from the beginning. Also the way that Rodrigo (cinematographer Rodrigo Prieto, ASC, AMC) shot the film matches the look of Depression-era America. Though it was hard times, it really made people bond together in the most sincere and intimate way. Rodrigo’s work is just beautiful. He is brilliant. I worked with him before on State of Play.

Was your partnership with him different because of the different time period of the film? The collaboration is still there, even though it’s an entirely different theme and look. You have to understand that Rodrigo is very easy going and giving. So I’d say I worked with Rodrigo more through Francis, who had the overall look he wanted everyone to achieve. For example, Francis would pick the clothes and costumes he loved, and since Rodrigo and Francis were so on the same page, I had the sense that anything Francis picked was okay to shoot on. Also, Rodrigo knew Jack and I were working closely, so I wasn’t going to saddle [Rodrigo’s camera] with a beige shirt against the beige tent!

Do all the prior working relationships help speed up the collaboration? Francis drew up a team that had all worked together before, and that’s very helpful. Jack [Fisk] and I have done about six movies together, and it’s to the point where we almost don’t have to speak to be on the same page; we trust each other so much. I know my costumes will work on his sets and vice versa. It’s a high compliment when he tells me that he doesn’t have to worry about the costumes when we work together. I feel exactly the same way about him.

Looking over your credits, you’ve worked with Terrence Malick and David Fincher on several projects. There’s a certain level of comfort and trust once you’ve done a movie with filmmakers of that caliber and they’re happy with your work. Directors have so many things they have to worry about, so if they can hand over something like costumes…I know that’s how Terry is with Jack Fisk regarding production design. He doesn’t have to worry. He just knows it’s going to look right.

Some directors get very hands-on with the costumes. I’ve heard of examples where they might even stop filming because a tie isn’t exactly right. I’ve never had an experience like that. The directors I’ve worked with, once they make a decision, [they] stick by it. Now, having said that, David Fincher is very particular about every piece of fabric that people put on their bodies. When I did The Social Network, after having done Benjamin Button, David told me, “This is going to be easy for you because it’s just hoodies and flip-flops.” And I said, “Yes, David, but it’ll have to be exactly the right shade of gray for each and every hoodie.” He laughed at that, because David is the type of director who camera tests five different shades of gray before shooting. But once he makes up his mind, I’ve never known him to change it.

Speaking of Terrence Malick, one of the things I loved about The New World was that the costumes were so dirty. The actors didn’t look like they were doing a reenactment for a museum celebration. That’s what I worry about in so many period films; that it doesn’t look like a reenactment. We made everything for The New World so we could age it, because people had one only outfit and there were no dry cleaners. A lot of the clothes were wool so they didn’t wash them because they would shrink. The actors would just live in them forever without cleaning them. People smelled, but then everybody smelled, so nobody really commented on it!

You have the same issue in Water for Elephants with the Depression. Exactly.

So their costumes were not pristine? [Laughs] Oh, no, trust me, they’re very lived in.

How much of the costuming was genuines (actual clothes from the period) and how much did you have to create? I’d say most of the backgrounds were genuines. They were called “rubes” in the circus world at that time. They’re the circus-goers, the actual audience members, and we had a wide range of “rubes” because the circus moves from the Dust Bowl region to New York City. The circuses get more up-market, but we still had to keep the period in mind and that people who went to the circus weren’t the richest in the town. So you see a progression [in the costuming palette] from very poor housedresses and overalls, to linen suits. And we backdated it all, because it’s 1930, right at the start of the [Depression] when people weren’t buying new clothes. It’s a subliminal thing. As for the circus performers and the clowns, we had to make those clothes because you just don’t go to a costume house and find 1930s circus clothes intact! Once in a while we’d find an original piece and integrate it. Also, we had core clowns and we’d change them to look a little different with makeup, hair and outfits to appear like we had more clowns than we really did. But most all of the costumes in the circus world were made. Reese (Witherspoon), Christoph Waltz, Robert Pattinson, all their costumes were made. I did find some genuine World War I boots for Robert.

Was it difficult getting period fabric, or fabric that is comparable to the period? We had some fabric made. The Japanese are making some incredible Depression-era clothing, so you can find replicas of Depression-era cloth for work clothes for the roustabouts the guys who put the tents up and do a lot of the work with the menagerie. We had to make the roustabout clothing because we had to trash it and you can’t really trash costume house clothing. We made the whole band in blue coats and white britches. It was an undertaking.

Do you use any digital tools to aid in the costume design? No, I don’t design digitally. I do quick thumbnail sketches or I use pieces of research. Then, after the fact, when I see what the studio is really going to use, I have sketches done.

What aspect of Water for Elephants was the most fun for you? I’d say the circus performers, because there wasn’t a lot of research material and I could let my imagination take flight. Of those, the most challenging were the beaded performance costumes I made for Reese’s character. The ’30s style of beading is a lost art. There are some brilliant women beading, but you have to search them out. The challenge was to make it look like the 1930s, and not a costume made today for Las Vegas.

Where do you find people with such specific skills? I found this woman from Holland who is in her 70s. She had a real feeling for the period, as she’d learned from her mother, who’d been a famous beader in the 1930s. The beading gave me a lot of headaches, but it was a fun challenge. It’s satisfying when you figure something out that is daunting at first.

How much time did you have to get the costumes together before principal photography? We had 12 weeks’ prep, but I had to get Reese’s costumes ready before that for camera tests. That included all of her evening gowns, which were the next fun things after the circus costumes. I think the 1930s are my favorite period for gowns and costumes. I grew up watching all those classic films with Jean Harlow and Constance Bennett. Those old movies give me such inspiration. 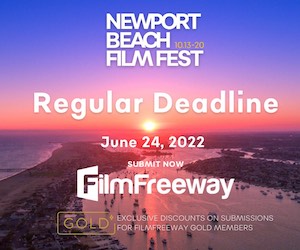