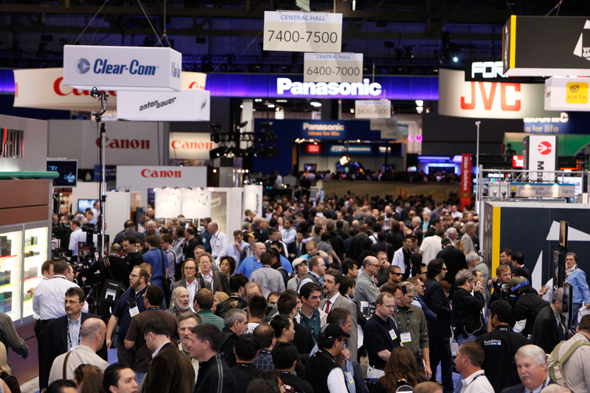 Get ready to hear a flurry of news about workflow products in the run-up to and on the floor of this year’s 2011 National Association of Broadcasters (NAB) Show, April 9-14, at the Las Vegas Convention Center. That will include a slew of news surrounding digital cinematography cameras, recording devices, dailies systems and upgrades to postproduction tools. Some of the news has been preannounced and can be found here; more will be revealed as vendors fire up their trade show booths in Vegas.

NAB goers can certainly expect to hear about the ARRI® Alexa – nearly 1,000 cameras are now out in the market – and a slew of post gear that will now offer ARRIRAW support.

For example, Codex recently inked an agreement with ARRI to manufacture a Codex ARRIRAW recorder for use with ARRI’s popular Alexa and D-21 cameras. The new recorder will be marketed both directly by Codex and through ARRI’s reseller network.

“Alexa and the Codex Onboard recording system have been used on significant feature films, TV series and high-end commercials during the past months and the feedback was extremely positive,” said Stephan Schenk, general manager business unit camera & DI systems at ARRI. “With the Codex ARRIRAW Onboard recorder and workflow tools, ARRI now can offer a technically and commercially attractive solution to its customers around the world through a single, locally established point of contact.”

Another supplier to watch is Atomos, a young company that grabbed attention when it showed up at IBC 2010 with the Ninja. The portable touchscreen HD recorder, monitor and playback device captures video direct to Apple ProRes from any camera with an HDMI output onto removable 2.5-inch hard disks. It weighs roughly a pound, and lists for just $995.

Two production runs of 1,000 Ninjas have already sold out, and a larger run is scheduled just after NAB, reported Atomos CEO Jeromy Young. “We expect to ship 10,000 units by summer,” Young related.

3D and workflow will be the key talking points for U.K.-based Quantel. Its iQ and Pablo products have already been used for their stereo capabilities on projects like Avatar, and the company will show new tools at NAB. These include GeoFix, an image analysis tool to automatically fix camera geometry differences; and Disparity Checker, designed to offer real-time measurement of stereo disparity. GeoFix and Disparity Checker will come standard on all products in Quantel’s V5 software. EQ, iQ and Pablo include ARRIRAW support for the Alexa and D21 cameras, as well as two-way native DNxHD file interchange and 16-channel audio i/o.

Quantel also will demonstrate its software-only Pablo PA, released in January. The “assist station” allows non-creative tasks to be handled outside the main suite. A software upgrade that will be shown at NAB will enable GPU-accelerated processing.

DVS’ popular Clipster will also be shown with emphasis on workflow support for IMF and MXF AS-02, as well as RAW material from the ARRI Alexa. A new, integrated batchlist function was added to enable automat processing of DCI, IMF and other deliverables. For stereoscopic 3D, the new STAN (stereoscopic analyzer) software for Clipster was developed to analyze and corrects 3D material in real time.

YoYotta also is eyeing the dailies market with YoDailies software for the Mac, aimed at creating review reels. YoDailies is designed to connect to a scanner or hard drive, and to create and manage metadata. YoYotta also will show the latest version of its YoYo software for automating file-based data management. YoYo ingests from tape and film and imports file-based content including ARRIRAW, ProRes, R3D, DSLR Raw and H.264 formats. NAB visitors can see YoYo at the Cintel booth.

During NAB, Sample Digital will demo its new dax|Mobile with iDailies, a subscription service exclusively for iPad®, at the Renaissance Hotel. The new iPad app is designed to run on a wireless or 3G network, and create a collaborative workflow with 24/7 access to in-progress content.

“Encrypted streaming and on-demand watermarking for video and scripts deliver all the security of our desktop applications,” said Patrick Macdonald-King, CEO of Sample Digital.

Speaking of apps, expect to see at lot of them at NAB this year. Light Iron Digital will demo its iPad-based LiVE PLAY® and mobile dailies applications at the RED booth. Light Iron’s LiVE PLAY is billed by the company as “an automated and interactive playback system that enables users to monitor metadata-rich files – often directly from a camera – and simultaneously review takes and add comments on multiple iPads.” The app can be purchased through iTunes®.

In its run-up to NAB, Autodesk® recently introduced a slew of new tools, including some with emphasis virtual production. “Virtual moviemaking is at the top of everybody’s minds right now,” said Rob Hoffman, Autodesk senior product marketing manager. One aim of the new Autodesk tools is production efficiencies.

Also in the NAB preview were new software versions of their 3ds Max®, Maya®, MotionBuilder®, Mudbox™ and Softimage®, Flame® Premium and Smoke® products, as well as new game middleware releases for Autodesk’s Beast™, Kynapse® and HumanIK®. While not part of its pre-NAB announcement, Autodesk said there would be a new version of its Lustre® color grading system this year.

3D technology company The Bakery, based in France, will unveil an animation and VFX lighting and rendering system, Bakery Relight™, at NAB.

“Bakery Relight solves the many lighting and rendering bottlenecks found at nearly all studios,” said company co-founder, CEO Erwan Maigret, whose credits include technical lead on Shrek 2, Madagascar and Shrek the Third. “Our research tells us that companies that use Bakery Relight can improve turnaround times by up to 300 percent.” Maigret added that Bakery Relight will support the lighters’ and shaders’ iterative process, with full resolution feedback “within seconds.” Designed for both stereoscopic 3D and 2D productions, Bakery Relight aims to provide 3D HD preview and “rapid 3D rendering of left and right eye views.” It is also designed to be customizable in order to integrate with both off-the-shelf and proprietary software packages. It supports multiple artists working in single or multiple locations.

Tweak Software, makers of the RV image and sequence viewer for VFX and animation artists, will unveil RV SDI-PRO at NAB. The product adds Dual Link SDI output with embedded audio to Tweak’s playback and review tool using Nvidia Quadro SDI hardware. RV SDI supports Linux and Windows and will be available for $4,999.

“Many leading shops use RV for dailies and theater reviews,” said Tweak president Seth Rosenthal. “Our users made it clear there’s a demand for a dailies playback tool that combines stereo SDI output with RV’s ease of use and flexibility.”

On the lighting side, the Vitec Group’s Litepanels® will show its “HD-friendly” daylight-balanced LED lighting fixtures, including the new H2 Hi-Output LED fixtures. The new fixtures aim to “answer the need for an LED fixture capable of throwing illumination over a 20-to-25 foot distance.” The new H2 Hi-Output features 5600°K color balance, utilizing an array of 72 one-watt daylight LEDs that are focused to a 10° angle.

Also in the Central Hall of the Las Vegas Convention Center, Innovision Optics debuts its Kamtrax vertical and horizontal camera slider. Aimed at added vertical travel production value through an easy to set up accessory, Kamtrax is designed to offer weightless and smooth vertical camera movement via sealed ball-bearing wheels running along an anodized stainless steel track. Kamtrax is available in 3- and 6-foot lengths. Both ends can be attached to various mounts. Camera packages weighing up to 40 pounds can be mounted on Kamtrax. To render the camera weightless, the same amount of weight in barbell disks are attached to the other side of the continuous cable.

ICG’s recent (March 2011) 3D issue also covered some early NAB product news. This included Sony, whose exhibit includes a collection of 3D capable switchers (including its MVS-8000X with more 3D functionality), 3D professional monitors, and new 3D processing and 2D/3D conversion technologies. Sony also is expected to show its prototype professional shoulder-mount 3D camera, which was previewed under glass last year at IBC and more recently at CES. Sony says it will have two, half-inch CMOS sensors, and ESPN 3D is testing the camera. It is expected to ship toward the end of this year.

Avid aims to offer increased control over 3D material straight from Media Composer, with new 3D tools in the timeline which will offer full resolution and real-time spatial adjustments of each eye within the 3D space. As the Media Composer software can run on a laptop, Avid suggests that the new tools could be an advantage to filmmakers who would do 3D editorial on location, or who might need on-set review and approval.

“This new development opens up opportunities to leverage multiple other new camera technologies for production crews looking to shoot and capture in 3D, but who may not be shooting with SI,” the company said.

Also as reported in our March issue, DSC Labs will feature its new Dashwood 3D Chart, a stereoscopic chart that automates the display of 3D rig calibration. When integrated with Dashwood Cinema Solutions’ new calibration software or new Stereo3D Toolbox™ v3, the chart’s code trackers work alongside the applications to automatically track to 1/1,000 of a pixel stereo alignment. The product includes feedback to assist in automating camera alignment, sync testing and slating, and color and gamma calibration. The Dashwood 3D Chart additionally supports manual alignment with the DSC Labs’ patented FiddleHead spirals for corner-to-corner focus.