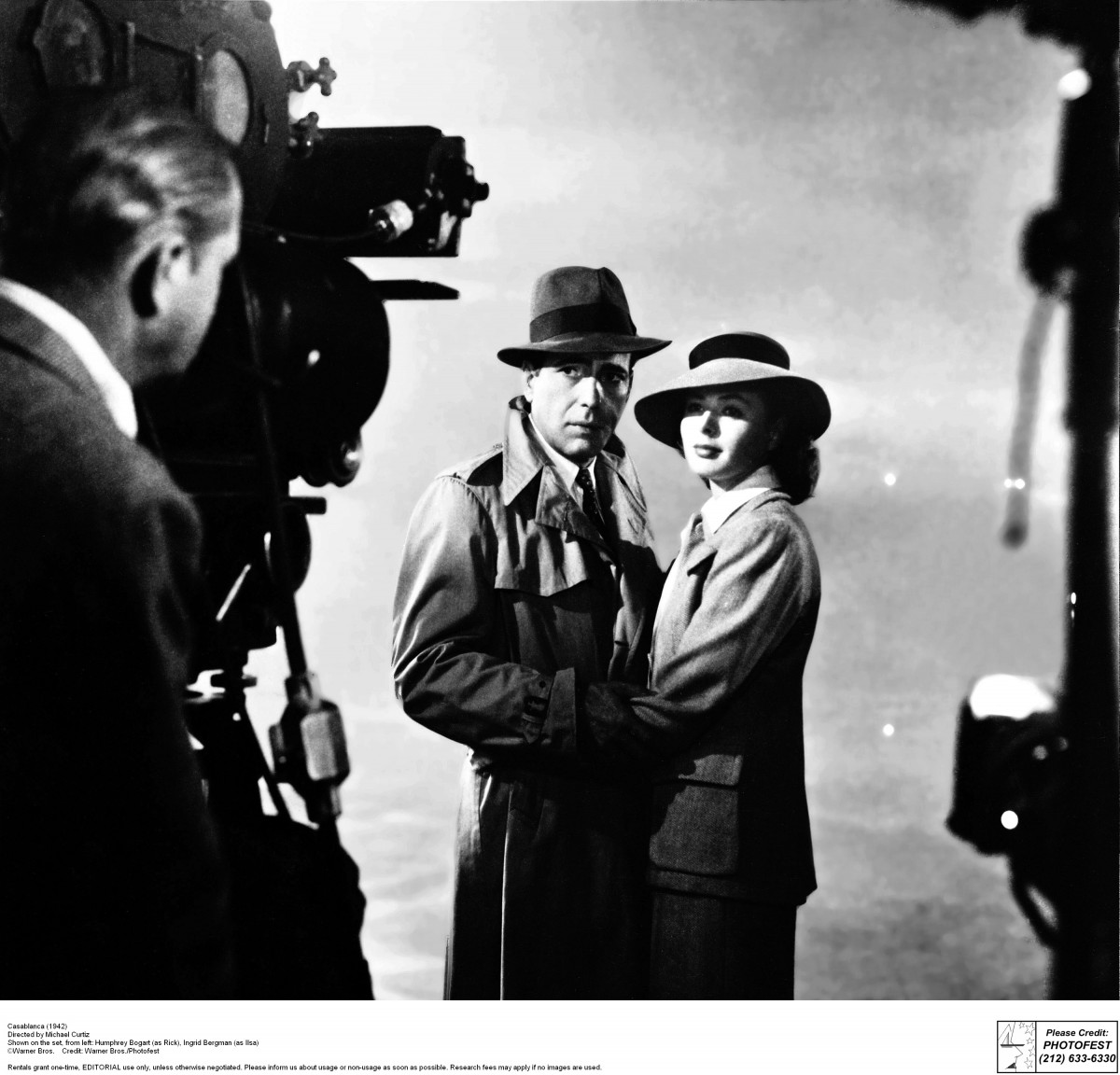 Filmmakers from around the industry talk about saving our shared cultural history in the new PBS documentary, These Amazing Shadows

These Amazing Shadows is an 88-minute non-fiction film that artfully tells the story of the Washington- D.C.-based, The National Film Registry, which has been tasked by the federal government with the mission of preserving worthy fiction and non-fiction films for posterity. The documentary blends comments made by a diverse range of 65 people with clips from movies they recommended for preservation.

Highlights include the venerable actor George Takei (Star Trek, General Hospital), who is of Japanese descent, sharing his memories of Topaz, a home movie that takes audiences back to a time when the U.S. government, preparing for an anticipated attack on the West Coast in the wake of the bombing of Pearl Harbor, unlawfully took some 120,000 Japanese-American citizens from their homes and jobs and sent to them internment camps. Takei was four years old when his family was taken from its home in Los Angeles to an internment camp in Arkansas. He recommended Topaz to the Registry.

“I want my daughter to see that film,” Takei states in These Amazing Shadows.

In 1972, Allen Daviau, ASC was in the dawn of his career when he saw one of the most iconic American movies of all the time, the 3-time Oscar®-winner, The Godfather

In this powerful documentary, Daviau gazes directly into the eyes of the audience as he speaks about how the imagery created by Gordon Willis, ASC, who shot The Godfather, touched him on an emotional level and forever cemented his storied career yet to come.

“We began by researching the origins and background of the National Film Registry and the National Film Preservation Board,” recalls Paul Mariano, who conceived, co-produced and co-directed the film. “We interviewed [National Film Registry chief] Steve Leggett, and other archivists on the Packard campus in Washington, D.C. That armed us with important insights about what they did, the passion they felt and why preserving yesterday and today’s films for tomorrow’s audiences is important.”

Many film fans may not know that The National Film Registry is actually a part of the Library of Congress. It was founded in 1989 under the auspices of the National Film Preservation Act, passed by Congress the previous year. The mission delegated to the Registry is to restore and archive films based on recommendations made by narrative and documentary filmmakers, critics and fans.

The Registry restores and archives 25 films annually, all of which must be at least 10 years old to be eligible. Content varies from a 1893 black and white short of a blacksmith at work to Thriller, the first Michael Jackson music video to air on MTV, to the infamous Zapruder home movie, documenting the assassination of President John F. Kennedy, as well as many more non-fiction and narrative movies.

During their meeting with Leggett, who is also the coordinator for the National Film Preservation Board at the Library of Congress, Mariano and co-producer/director Kurt Norton were given the names of individuals who had recommended films already restored. “The list included a lot of actors, actresses, directors and producers, as well as archivists, critics and fans,” Mariano says. “There were only a few cinematographers who were available when we were doing interviews, and we were fortunate to be able to include Allen Daviau and Caleb Deschanel.”

Mariano is a criminal defense attorney by trade, who has served in a Northern California public defenders office for 27 years. Norton is a private investigator who has specialized in death penalty cases, frequently in collaboration with Mariano. The pair’s only other credit is Also Ran, a 2006 behind-the-scenes documentary about the special election that recalled Governor Gray Davis from office in the wake of the California energy crisis.

“I told Kurt that I read an article about the National Film Registry and the films selected that year,” Mariano continues. “In our initial research, we were both stunned by the statistics about films that were part of our culture that have been lost forever. Approximately half made in the United States prior to 1950 no longer exist, and as many as 90 percent of all American silent films have been lost forever. For us, those losses seemed unimaginable.”

When Mariano and Norton contacted Leggett about the idea they had for producing a documentary, he was, as Mariano notes, “extremely positive from day one, and incredibly helpful from the beginning through the completion of our production.”

They brought in veteran documentary cinematographer Frazer Bradshaw to the project in HD.  “We have the utmost respect for Frazer, and trusted his skill and judgment,” Mariano recalls of the partnership. “That included choosing the right angles and composition for augmenting words being spoken by the people we were interviewing. We wanted a cinematic look and asked Frazer to record interviews from an off-axis angle, augmented with dramatic lighting that looks and feels right for the individual and subject. He did a magnificent job.”

Leggett introduced Mariano and Norton to John Ptak, Bob Rosen, Betsy McLane, Del Riesman and other members of the National Film Preservation Board.

“Those interviews led to introductions to actors, directors and other filmmakers, including Rob Reiner, John Singleton and Amy Heckling,” Mariano explains. “The interview process continued with Ken and I persistently asking people who we believed could shed light on this important issue to share their thoughts and feelings.”

The filmmaking trio often travelled to their subject’s home and place of work to conduct an interview. They suggested topics they wanted to explore, but they encouraged everyone to talk about films and other areas they felt passionate about.

Mariano, who completed nearly 120 hours worth of interviews for These Amazing Shadows, describes it as a process of discovery.

“Did you know that approximately half of the scripts for silent movies produced in the United States were written by women?” he says. “We also discovered many female directors back then. We were able to get a clip of a 1916 film titled Where Are My Children? that dealt with abortion and birth control. It was produced and directed by Lois Weber. Of course things changed after that, and Dorothy Arzner was the only female director working in Hollywood by 1930, and she dressed like one of the guys!”

In the film, John Waters reminisces about It’s a Wonderful Life, while Rob Reiner shares his personal memories of watching Judy Garland in The Wizard of Oz. “I cried when I saw a restored print,” Reiner admits. “The films [in the Registry] are a window on what was happening in cinema and the world at different times in history.”

“I don’t know how they made an animated movie look so real,” he says. “Walt Disney said that for every laugh there should be a tear. It evoked those feelings.”

Rosen, who established the UCLA Film Archives while he was teaching students at the university, says that what struck him most was the diversity of films in the Registry. “They range from 8 mm home movies to classic films,” the former UCLA Dean notes. “Five hundred years from now, people will look back and say this was the beginning of an important new art form. Why didn’t those people take better care of their films?”

“These Amazing Shadows is an amazing depiction of the work being done by the Registry,” observes preservationist Milt Shefter, who researched and co-authored The Digital Dilemma I and upcoming Digital Dilemma II reports about the status of archiving American feature films and documentaries for the Motion Picture Academy of Arts and Sciences and Library of Congress. “I encourage every ICG member to check out what films are in the Registry archives and recommend other worthy films, so they are there for your children and grandchildren.”

These Amazing Shadows, which was co-written by Mariano, Norton and Douglas Blush, premiered at the 2011 Sundance Film Festival, has subsequently been featured at festivals in Boulder, Cleveland, Ashland, Tiburon, Hawaii, River Run, Newport Beach, Seattle, Stony Brook and Indianapolis. There have also been screenings for the public at theaters around the country.

One prominent media critic described a “eureka moment” when he discovered that there were two versions of the classic (1935) film Baby Face, starring Barbra Stanwyck. “The shorter one was minus censored footage,” he says, “because they were afraid of how the sexual content would have affected audiences.”

About his long and fruitful journey with the project, Mariano concludes:

“I have learned that filmmaking is truly the art form of the 20th and 21st centuries. Film tells us so much about our culture and history. Losing a film is like losing part of ourselves. Preserving films saves both our memories and cultural heritage. The incredibly dedicated people who have a passion for saving yesterday’s and today’s films for future generations deserve our unending gratitude.”

These Amazing Shadows airs on PBS stations at 10 p.m. on December 29th as part of the Independent Lens series. PBS is also distributing the documentary in DVD format.