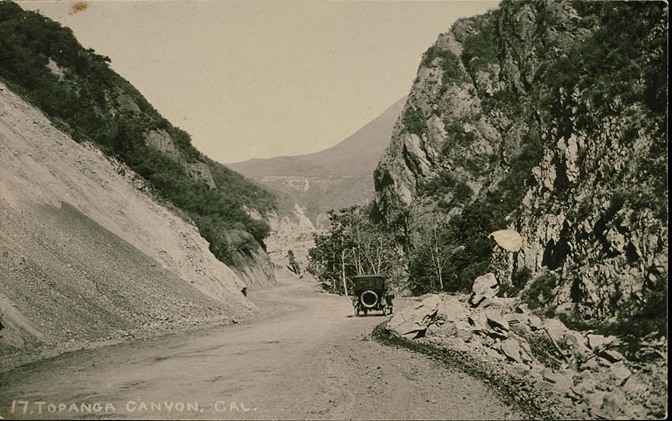 Out of the Woods

From listening to the thoughts and feelings of past ECA winners at the recent Topanga Film Festival, it’s clear – ECA participants are being taken seriously by their Union brethren and the industry at large. Each budding cinematographer with the courage and stamina to make a short film wins something – and it isn’t only the recognition of their Local 600 peers. There’s that all-important platform to show agents, producers, and directors, who might have that perfect job just waiting to be filled.

More importantly, ECA participants secure confidence at that pivotal point when each one reaches beyond the comfort zone to take the next steps in their career.

The setting – Ribbit’s open-air amphitheater off Old Topanga Canyon Road, in that legendary canyon where, it seems, half of L.A.’s artists reside. While the crowd was modest, the enthusiasm was high; Geffner took each panelist on a journey through their personal experiences, while examining what ECA has done for the Guild as a whole.

Cinematographer Rodney Taylor ASC, firmly entrenched in the indie world (and now in pre-production on Buttermilk Sky and in post with two films Holbrook/Twain: An American Odyssey and Boogie Town) says his short film changed many things, not the least of which its director’s mind.

“He was happy with what we’d shot, but he wasn’t going to make a print,” Taylor recalled. “It was 1999, and most everything was still shot on film. So, I convinced him to strike a print – and not only did the film show at the ECA Awards, it made the rounds of major festivals. That would never have happened, without the ECA.”

And what did Taylor get out of being one of the first ECA award winners? “I learned that events like this get you on the radar,” he said. “It lets people in the industry know that you are a serious cinematographer. There are a lot of DPs who see your work – and they might bring you on as a second unit, which is a great way to get started.”

Todd A. Dos Reis, a two-time ECA honoree, met Taylor at that ECA event, and recalled his feelings from that encounter. “I was just making that big transition from first AC to camera operator, the hardest jump to make,” he says. “After I shot my film, got the award, and went through all the ceremonies, I had more confidence in what I was doing even though I had been shooting music videos and such long before that.”

Dos Reis says his second ECA award for Ugly, directed by Moon Zappa in 2000, allowed him to make that next big jump – from operator to DP. “It was even scarier because the higher up you go, the less positions there are,” he cautioned. “The award was telling me that I had to make a decision – make a lot of money as an operator, or struggle as a new DP and compete against the Rodney Taylors’ of the world.”

Obviously Dos Reis made the jump and has never regretted it – the support he got smoothed the way to DP on Entourage (where fellow honoree Marco Fargnoli was an operator), an episode of Southland, and several second unit feature jobs.

In fact, Fargnoli’s road followed a similar path. “The ECA is an amazing opportunity,” he said. “It gave me a little validation. The event brings Indie work out of the closet.” The attention paved the way to work on Entourage and Big Love, second unit director of photography for Dinner for Schmucks, work on Six Feet Under and Carnivale.

“It’s an exciting time for shooters,” Fargnoli added. “There are so many new opportunities for those who come to the attention of the industry. For example, I’m shooting two very different HD projects at the moment for Adult Swim, which takes over the Cartoon Network airwaves 10 p.m. until 4 a.m. They are perfect little nuggets for late-night college crowd audience called Childrens Hospital and NTSF:SD:SUV.”

John Sedden, one of the most recent ECA honorees came to the attention of the industry with his entry Bright Eyes, a stunning dialog-less short about a black and white world, and the mob who attacks a young woman with color in her eyes. Ironically, this project was shot on film, a rarity today. In fact, he credits a film jam that was deliberately kept in the project as one of the stunning images that caught panelists’ attention.

“I’ve only been in L.A. about a year but the reaction to Bright Eyes has allowed me to get out there and meet people, and day play on Indie projects and documentaries,” Snedden said. “It helped me realize I do have an exciting future in this industry.”

Past ECA honorees are often attending the yearly event and the activities that surround it. They described it as a “special club” that fosters creativity and support. It’s also where they encounter others who have really taken off after the ECAs. One of the stunning examples they all recall is neophyte shooter Julie Kirkwood – whose work on a stunning Western panorama, in 2009, left many people speechless. Kirkwood’s star rose exponentially after the ECA win and she’s now on her third feature as DP.

Of course, each panelist at the festival came from a creatively different mindset, a plus in the industry today. “There are so many choices and formats where shooters can work,” Fargnoli said. “There used to be three networks and HBO. Now there are cable channels, reality TV, and so many more ways to work as a DP. So many more chances for new cinematographers to work.”

Dos Reis agrees that it is an exciting time for new cinematographers. “When you are in the union, you are often working non-stop and can lose sight of why you are there. You get caught up in the mortgage or the kids’ school. And you have to figure out: do I want to be a camera assistant or an operator? Do I want to be a cinematographer? You have to focus on getting back to what you got into this business for.”

The panelists’ advice to shooters looking to take that next step in their careers was to find a way to make films. Take up a Canon 7D and Final Cut Pro, and don’t be afraid to experiment. Make a movie, any movie, and fill it with your passion. And submit it to events like Local 600’s Emerging Cinematographers Awards. It’s become one of the most important launching pads for young DPs today, supported by the Union that represents the best camera teams in the world, bar none, and seen by an artistic audience bent on helping develop the creative talent pool. “There’s no way a shooter eager enough to make a move can’t gain by these awards,” Taylor concluded. “All of us certainly did.”