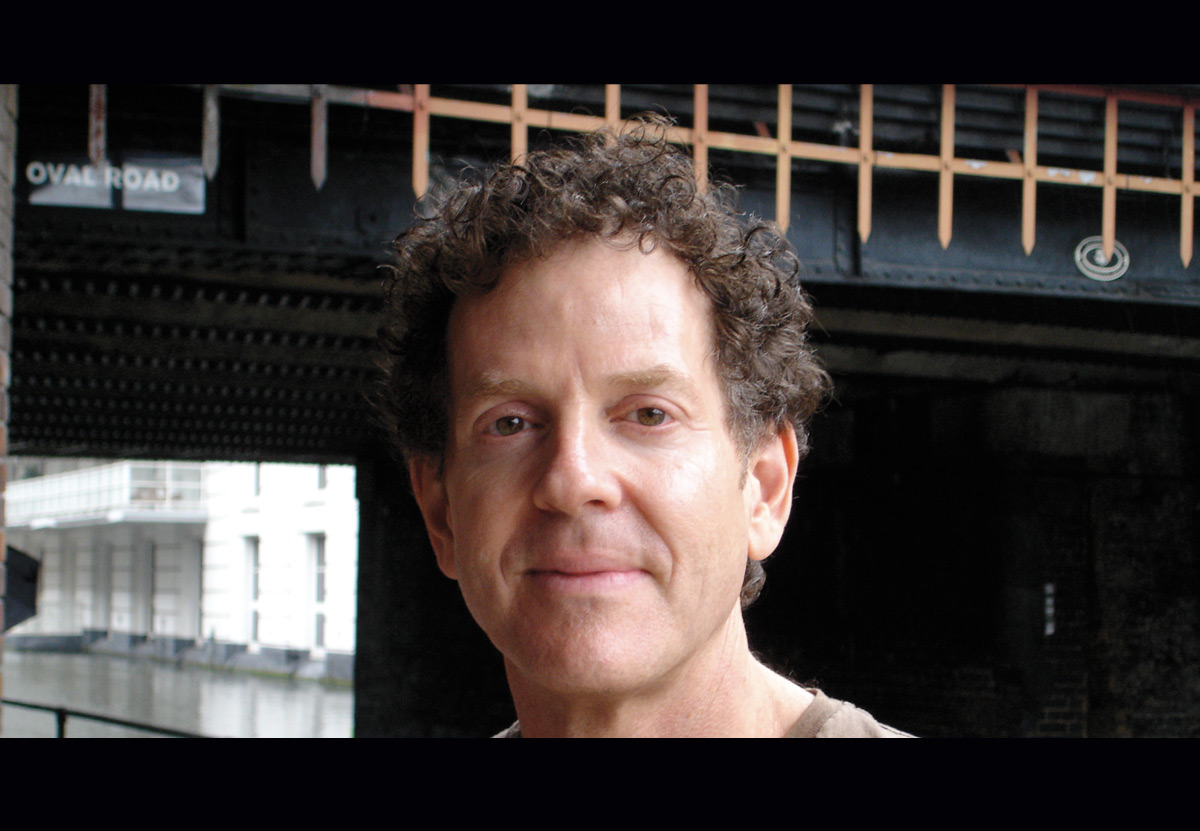 Chris Lebenzon – The Taking of Pelham 123

Any catalog of major action films of the ’80s, ’90s or the current decade would be seriously lacking if it didn’t include more than a handful of titles edited or co-edited by Chris Lebenzon. The editor just completed work with director Tony Scott on The Taking of Pelham 123 but the pair first partnered up in 1986 on what was their mutual entrée to the world of studio action pictures, Top Gun. That film became an enormous hit and in many ways the template for today’s modern big-budget actioner. It also marked the beginning of the editor’s ongoing professional relationship with producer Jerry Bruckheimer, Scott, and other A-list directors, like Tim Burton and Michael Bay.

“I never said, ‘I’m going to make action movies my career,'” Lebenzon explains. “It just happened as things do with our lives, especially in the movie business. It’s where my instincts and the people I worked with have taken me.”

ICG: A lot of action movies use large chunks of second unit photography. Where did you first get a feel for seamlessly cutting together first and second unit photography?
Chris Lebenzon: It was on Top Gun, which had the ground story, the real story, and then there was all the flying. There was another editor and I came on when they started shooting the flying because that was the reason that it required two of us. The ground story had about 100,000 feet of film, which was almost nothing, even back then. Tony had one camera shooting the dialogue scenes. He was only allowed that. I’m sure he would have liked more! And to be clear, the flying wasn’t really second unit; it was a whole other movie. [Top Gun’s cinematographer] Jeff Kimball [ASC] was up there doing his thing with the flying portions as well, and he shot everything beautifully. And there was three weeks of actors banging around in a gimbaled setup with their masks on. We had to integrate that into various flying scenes. We didn’t have any dialogue for those scenes. It was kind of written later. [The actors] had their masks on so we could write any dialogue we needed. Later, with the grading and sound it wasn’t that hard to make it all blend.

The star-driven, tent-pole pictures you tend to work on are getting higher and higher budgets. Does that affect the cutting room? There are tangibly higher expectations and people are more nervous at a higher level. That definitely filters into the editing room. It’s a bigger business. We get involved with marketing and trailers; all that’s come into the editing room now, so it’s about much more than the actual movie at hand. But ultimately, if a movie fails I can get another job. I don’t think I was held responsible for say Hudson Hawk, for example. But it’s different for studio executives now. They have a short life span and a couple of failures add up very quickly on movies with these kinds of budgets. Same with producers so that attitude filters down. By the way, I have a lot of respect for studio executives and producers. I find that might be because of working so much with Jerry Bruckheimer who is sort of a studio all to himself because of his track record. I certainly don’t think his involvement has impacted negatively on his movies.

Bruckheimer aside, I’d guess the directors you work with can protect you from some of the less sensible studio decrees. Absolutely. That’s why I like working with those guys. There’s an enormous protection level with people like Tony [Scott], Tim [Burton] and Jerry [Bruckheimer], who can nurture and carry something through. Some of the directors I work with don’t even show the studio the movie until we’re ready to preview it.

Digital technology has come into its own in the world of feature film cinematography in just the past few years; but cutting rooms underwent a digital revolution in the mid-‘90s. What was your initial experience with that? I tried to do it [in 1995] on Crimson Tide and Tony said, ‘I’d prefer it if you don’t learn it on this one.’ He liked working with film and didn’t want to make the leap just yet, though now he has, of course, and I couldn’t imagine him ever going back. Mars Attacks! was the first [film] I edited digitally and it was fine. I had an assistant. The editing part’s the same in your brain.

Digital editing, and things like group clips, must help you work through the multiple camera coverage Tony Scott likes. Oh yes! On Crimson Tide I had two, eight-plate [flatbeds] but with the threading time and trying to remember what was in all the material, it was an ordeal. More pointedly was Days of Thunder, which had endless amounts of film. It was almost a matter of luck finding things that worked well. Now you can see everything on a screen and bounce between cameras and it’s so quick and helpful when you’re working with the kinds of three-and-four-camera setups Tony likes to use.

Did you make use of that on Pelham? Definitely. Sometimes it’s surprising how much you can’t use. There were one or two scenes in Pelham where we barely got what we needed because a stationary camera saw the dollying camera or the other way around. There was enough film on everything but it was difficult at times. Tony likes to have one camera shooting a lot of what he calls his B-roll. The operator will capture what [many people would consider] ‘bad photography’ in that he’s snapping in and out, panning all over the place. The camera will film the people, primarily extras or actors who aren’t the main actors, between takes and getting ready for takes, because you can find more genuine moments with untrained actors when they don’t know the camera’s rolling. There’s a scene in Pelham when the train stops and the passengers are supposed to look relieved. It can be hard to get people who aren’t trained actors to look genuinely relieved and Tony has very strict demands for not overacting, not tipping it over to that edge of unreality. So we were always drawing on pieces that happened before and after the slate, and [incorporate these moments] at appropriate times and they work very well. That’s the art of it but you can’t do it unless they shoot it.

You’ve edited some films that have been influential in the idea that a powerful, dynamic scene can dispense with traditional notions of matching action in cuts. I must tip my hat to the world of television and many shows, especially on cable, where they can take so many chances. I’ve been lucky enough to work with guys who haven’t placed such an emphasis on those ideas. Tim’s films are more otherworldly, so there’s more of a designed feeling to them. But Tony is interested in finding little moments. The material tells you what to do. If things are moving fast in an action scene, or even sometimes in a dialogue scene when people are moving around quickly, you can sense a little bit of the change in an actor’s movements and it can give you a jarring feeling that plays into the scene. In the action world, sometimes what used to be called a ‘bad cut’ is actually kind of a good one because it jars you in a way that’s more appropriate to the scene.

Tobias Schliesser [Pelham’s DP] told me that Tony puts together what he calls ‘ripomatics’ for department heads to help them visualize how he’s conceiving of the film? Does he work with you that way too? I’ve seen those books and they’re beautiful. But I don’t know how helpful they would be for me as an editor. Editing is about the best moments, aka pieces of performances: the glints in the eye, the feelings you get in the way a train lurches or a plane banks. All a movie is is a series of moments. When you find those, they dictate when you cut and when you don’t cut. Nobody can know what those are [in advance] because they’re tucked away in a million-something feet of film and it’s a matter of juggling those pieces and ordering them in the most dramatic way.

Editors are doing more invisible effects and intra-frame editing these days – taking two or more pieces of single shots and compositing them together. What are your thoughts about that? We do it a lot because we can. If you want somebody to say something quicker in a two-shot you might be able to put together a composite of two different takes and make it look like one two-shot. You can change the pace within a master. On Pelham, there is a shot of some people looking in a tunnel and maybe the gestures were good in one take and the light on the train was better in another so we [combine them into one]. We had two characters on seats on the subway and the performances of the two actors never quite worked in any of the takes as well as well as we’d have liked together, so we just made a split screen and used the pieces of each take that we liked. Using speed control works quite well and it happens all the time.

Is there such a thing as too many options, meaning too many ways to alter the image after it’s been shot? I hope to think I haven’t abused those options. Tony is always skeptical about the way [such effects and traditional cinematography] go together and I know on certain projects that kind of thing can get excessive. I’m from such an old school that I still generally feel, if you don’t have it, it wasn’t meant to be. You can’t manipulate everything like that or we might as well all be in animation.