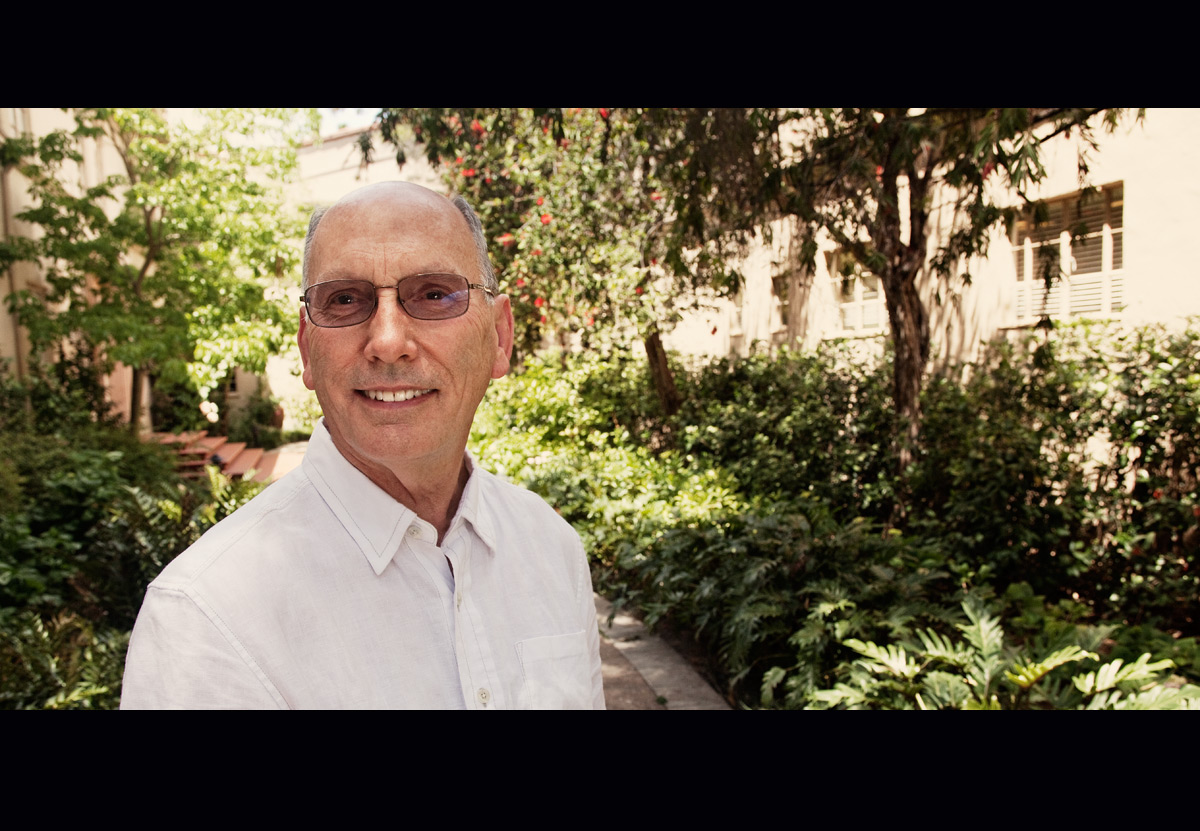 American Cinema Editors (ACE) Lifetime Career Achievement Award–winning Joel Cox began his career in 1969 working on a trio of diverse films. He was assistant editor on Sam Peckinpah’s The Wild Bunch and Francis Ford Coppola’s The Rain People and a sound assistant on Gordon Parks’ The Learning Tree. He says these experiences helped to expand his partnership with Clint Eastwood, a teaming that began nearly 40 years ago and has covered the length and breadth of action cinema, in all its forms. Cox began as assistant editor on classic Westerns like The Outlaw Josey Wales, and then edited Pale Rider and Unforgiven, for which he won an Oscar. He’s cut urban cop flicks, like the Dirty Harry sequel Sudden Impact, and war films like Flags of Our Fathers and Letters from Iwo Jima. His skills also extend to music-themed stories, like Honkytonk Man, Bird, Piano Blues and Tony Bennett: The Music Never Ends. Ted Elrick talked with Cox about his latest film, Jersey Boys, and a lifetime’s worth of creative give-and-take with a director whose roots reach back to Old Hollywood.

Was editing Jersey Boys a change of pace compared with other Malpaso pictures? Clint shoots the same way every time. Yes, we had musical numbers, but they were well thought out and well photographed, which made our job relatively easy. It was a very easy, smooth show to do considering there were live recordings, which actually gave some spontaneity and life to it rather than just singing back to a song.

How different is capturing the rhythm of the musical numbers from capturing an action sequence like in Flags of Our Fathers? When you’re doing a war picture or something with a lot of action, you’ll have multiple cameras. On Flags of Our Fathers, a couple times we had four cameras running. On Jersey Boys, for the most part, Clint used a single camera. Yes, he shoots lean, but he shoots great coverage. He’s not rolling a camera just to roll a camera.

Is one genre easier than the other from your standpoint? War pictures like Flags or Letters from Iwo Jima require multiple cameras because if you haven’t got an explosion covered, you may not be able to recreate it. And multiple camera footage is very easy to edit because you’re essentially cutting to the same thing you just left, except from a different angle. Your action on screen isn’t the same, and you’re not trying to create something. We have put explosions in or bullet hits, added make-up. The digital world is different from film. Clint has said, “I don’t want to have somebody’s nose bleeding, I’d rather do it later [in post], because that way I can control it.” Because if you start shooting a scene and want to go back, you’ve got to take all the make-up off just to start again. So, it’s a lot easier to add it.

How about the flow of editing films with music? They’re very rhythmic, because there is a beat and tempo for each song, so you are editing in the tempo for each song. There are no two scenes that are alike, and that isn’t just music. That’s one of the great things about editing. Every film we start is something we haven’t done before. I worked on three Dirty Harrys, but each was different because the story was different. [Laughs.] I have a great job! Every day I go to work and I’m doing something I haven’t done before.

You’ve also done Clint’s documentaries – Piano Blues, Tony Bennett and Dave Brubeck, and his Carnegie Hall show, Eastwood After Hours. How do they compare to a narrative film? [Filmmaker] Bruce Ricker has passed away, but he was doing these films with Clint. There would be notes. Gary Roach, my co-editor and I, sit down, find the material and then start editing – intercutting interviews and trying to find a rhythm. Documentary editing is a real art. You might have done thirty interviews and you’ve got to cut out a little bit here and there, and put it with something from over here to create the story. When they work, it’s quite an accomplishment. But it’s the same for a narrative film in that everybody on the crew has to do his or her job in order for me to be successful, because we editors are at the end of the funnel. The art direction, the wardrobe, the photography, set decorating, all have to be correct. Everybody’s job is vital. Clint has pretty much the same crew working with him film after film.

In Eastwood speak, you’re like a big jazz combo. Exactly, and he loves live performance. When we go into a scoring session and there’s a certain instrument that’s going to play, he’ll prerecord that and we’ll edit it, then we’ll go and put the strings to it. Sometimes they’ll have to go into variable clicks in order to capture what we’ve done to it. But Clint says, “When a performance is on a metered click track, it’s sterile. If you get a live performance, it has much more feeling and depth because the guy is not playing to a meter in his ear.”

Is that why he shot all the music in Jersey Boys live? He preferred it live, on set, because he knew it would have more of a real feeling than it would have if we had pre-recorded everything or used Frankie Valli’s songs and just played them back. If he had done that, this film would never have the same feeling and heart. There are 27 songs in the film, and I would come in and put the music on, just to get into the rhythm of it and start editing. But I grew up with [The Four Seasons]. I know all the words.

I’m reminded of that famous sequence in The Deerhunter everybody can sing along to: “Can’t Take My Eyes Off of You.” Absolutely, people who saw the play told me that after the performance people would be dancing in the aisle with smiles on their faces. I’ll be interested to see if we get any of that, even though we’re not a live show.

Speaking of which: Did you see the musical before starting the film? No, and I’m glad I didn’t. I have to edit the material the director shoots, so what he gives me is what I have to create. If you have seen something, you’re going to start creating in that direction.

Do you have discussions about editing rhythm before Clint starts shooting? No. He always says, “I just want you to edit. I want to see what you see.” He gives me a free hand. Now, just before he left last week [for Morocco] to shoot American Sniper [a war picture], he stopped in the editing room and said, “Just want to let you know we’re going to be doing a lot of work in here on this one.” He doesn’t always say that, so when he does, you know he understands exactly what’s involved. But that’s pretty much the extent of the discussion beforehand.

I heard the switch to Alexa [from film] led to much longer takes on Jersey Boys. [Laughs.] Yes, but Clint has done long takes in film. He’ll shoot something, then back up and do it two or three times in a single take. The difference is that electronically you don’t have to worry about running out of film. His transition into it was pretty smooth. Ours was just as easy because we were used to that. We work closely with our assistant editors, Blu Murray and David Cox. On our takes, David goes through and puts in a red dot [which the AVID uses to indicate a difference] any time that’s going to happen. We put the take up and can see where it restarts. David goes through and does all that programming for us. Then, when we run the dailies, we make notes of the multiple starts and what happened in the different ones.

There are two editing credits on Jersey Boys. Gary [Roach] has been with me for some time. He started as an editor on Letters from Iwo Jima. But before that he’d been an apprentice, then worked up to an assistant, and Clint liked him very much. He’s been co-editing all the films with me since.

How does that collaboration work? Gary’s great. People can take this in the wrong light, but he learned from me, so it’s a like a carbon copy. When we were doing Prisoners [shot by Roger Deakins, ASC, BSC] last year, we were editing so fast, there were some days where we had a big scene in the film. He’d take the front half and I’d take the back half. When we married them together, you couldn’t even see where the seam was. It’s a great relationship.

How do you start putting together the scenes? Mentors like Sam O’Steen taught me a long time ago to go in a theater and run dailies. Then you go back in your room, run each of the takes and make notes on what you see. I use a legal tablet. I taught Gary this, too. You use shorthand writing down what you’re seeing. It helps me memorize. Once I’ve written it down, I put the papers in my desk and very rarely will I look at them again. There is something about writing it down. If I do look at the notes again, it might only be multiple takes and I liked the first part of this one and second part of that one and I might refer to the paper to see which I preferred. I might not remember everything. But most of the time, the minute I start running the footage, I remember exactly what I wrote down.

So running dailies are key for you? I don’t see how you can be successful if you don’t. A director’s going to say to you, “Don’t you remember in that scene, there was that look?” Well, if you haven’t looked at it, how would you know what he’s talking about?

The director will remember. Absolutely, but I have stumped a few directors and they said, “I did this and this,” and I said, “Well, I don’t remember that, but just a minute.” I get out my notes and look. One of them got very upset. I said, “OK, let’s run all the takes. I think what you mean is this.” And he said, “Yeah, you’re right.” I’m not great on remembering people’s names but I remember faces and performances because they’ve been trained in me over all these years.

What’s the most important role of an editor? To make everybody look good, and make the film the best it can be. That’s my job.