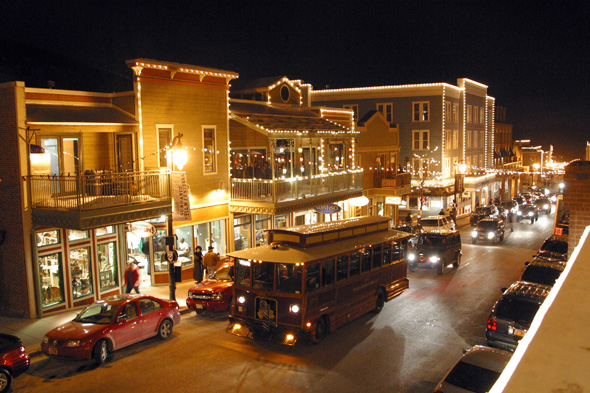 These films were selected from 3,661 feature-length film submissions, composed of 1,905 U.S. and 1,756 international films. For us here at Local 600, that translates into a bumper crop for the New Year: nearly 40 percent of all the features selected for the 2009 Sundance Film Festival were shot by Local 600 cinematographers. That’s the largest number of Guild cinematographers with projects since the festival’s inception, offering even more proof that Local 600 members have penetrated every level of filmmaking in the industry, from the mega-budget Hollywood tent pole flicks we’ve always been known for, on down to the micro-budget indies that created the Sundance brand.

And unlike the other big numbers we’ve been hearing about this year, like the Dow Jones index off by nearly 36 percent, and the national unemployment rate soaring to 6.7 percent, 40 percent of Sundance features being shot by union DPs is beautiful news, because it means the entertainment industry’s most skilled craftspeople are busy making movies. Are we boasting? You bet we are! And a quick look below reveals the list of Local 600 cinematographers (grouped by Festival Category) that are screening in Park City this year, followed by a short blurb about their movies.

Ruben O’Malley – Once More With Feeling

Peter and Vandy, directed by Jay DiPietro from his award-winning play by the same name, is a carefully crafted “actors” film. I learned so much about truthful acting from the director and just watching two excellent, well-directed actors (Jason Ritter and Jess Weixler) do their thing. It’s a great personal film.

Spring Breakdown, directed by Ryan Shiraki, is an over-the-top Hollywood comedy with Amy Poehler, Rachel Dratch, Parker Posey, Amber Tamblyn and many actors from Saturday Night Live. The fun and challenge of this film was to work with such a large, female ensemble cast. There were several big musical numbers that we had to cover with as many as five cameras, and cranes and Steadicams. I love working with multiple cameras, so this film was a dream to shoot.

The Winning Season, directed by James Strouse. Working with an amazing actor like Sam Rockwell made the difficulty of shooting a low-budget, widescreen film in 24 days possible. This film was one of the best collaborations between director, actors and cinematographer I’ve ever experienced. (PLEASE NOTE: because it was accepted late in the process The Winning Season is not listed in the Sundance 2009 catalogue. However, it will screen on Monday, January 19, at 8:30 p.m. at the Library in Park City.)

Eight months pregnant, and preoccupied with both a natural childbirth and a pure-body lifestyle, Madeline Matheson, played with merciless compassion by Jordan Ladd, deflects her demanding mother-in-law’s insistent pressure for standard hospital treatment, instead opting for the peaceful companionship of a trusted midwife. Though reluctantly compliant, her husband remains supportive of her choices until a sudden tragic accident leaves her unborn baby lifeless inside of her. Madeline remains determined to carry the stillborn baby to term, where she miraculously wills the delivered corpse into life. But it is not too long before the increasingly isolated mother realizes that something is not right with baby Grace, and she must make horrible sacrifices to keep her living. In his feature debut, writer/director Paul Solet relies upon a precise and slow-building technical elegance, supplemented by fearless performances and the ever-elusive gift of a genuinely frightening story, to violate the sanctity of a mother’s love and create true horror. Seething with a kind of sophisticated terror uncommon for its genre, Grace effortlessly uncoils an atmosphere of immense discomfort and subtle intensity, while quietly slicing into our most primal fears.