PARK CITY IN JANUARY … To indie filmmakers and their crews, those four simple words are akin to winning the lottery. To the Local 600 publicists who represent Sundance movies (or those heading up to the mountains to promote the filmmakers), the phrase can send a lightning strike of anxiety and stress searing right through their Blackberries. What began as a “casual” little film festival has become the hot industry ticket, and nothing screams that more loudly than the marketing avalanche cascading down Main Street every winter. Linda Brown-Salomone, owner of Indie PR in Studio City, Calif., has been representing films at Sundance for 15 years. She says the festival has become a media frenzy like none other. Now, “the biggest star names and quirkiest of campaigns [are the ones] most often winning press time and space over a truly magical film that may deserve it more,” the Sundance regular observes. So let’s say you have a film that got in and it’s your first time down the slopes. How can you keep from getting buried alive? Here are seven tips to surviving the Sundance publicity game:

The festival can be so overwhelming that it’s easy to over-extend yourself. Doing a dry run will help you figure out how much partying you can do – not to mention actual work – in a Sundance Day. “Even if you don’t have a project in the festival,” advises New York-based Reid Rosefelt, who has repped films like High Art at Sundance for more than a decade, “you need to find a way to just go and get the lay of the land. It’s key to just have some experience being there – learning your way around, getting acclimated.”

Veterans agree: the biggest mistake most publicists make at Sundance is taking on too many films. “It’s hard to fight the temptation to sign as many films as possible since it’s so expensive to travel to the festival, especially with a staff,” Brown-Salomone explains. “When publicists handle too many films, I wonder how they can sound sincere in their conversations with the media. How does a publicist call a major journalist and pitch 10 movies with passion? ‘I love them all’?”

Bottom line: For maximum impact, make sure your publicist isn’t over-booked and your film is at the top of his or her “to-push list.”

3. Get a jump on the competition.

Waiting until you get there puts you at a huge disadvantage, according to Michael Russell, principal of the Manhattan Beach, Calif.-based firm that bears his name. “Since there are so many films screening in a short period of time, it is often beneficial to schedule advance screenings for journalists in Los Angeles and New York during the month leading up to the festival,” Russell suggests. “Early mentions and/or articles on the film generate buzz. I frequently call entertainment editors and reporters to schedule advance screenings of the film at a time that best suits their demanding schedules.”

Creating the necessary buzz requires more than designing posters and holding parties. “I usually suggest that filmmakers forego both,” admits Jeremy Walker, a Malibu-based freelance film festival consultant and unit publicist, who has been promoting indie films since the mid-1990s, including the mother of all Sundance PR success stories, The Blair Witch Project. “It’s too easy to spend too much money on a party whose only impact on the perception of the film is that its makers threw a lame party. It’s also too easy for novice marketers to create a poster image that creates audience expectations that can’t be met or makes the film seem unnecessarily dreary or otherwise uncommercial. The same goes for the film’s Web presence. A well-designed, strategic Web site and fan community can be invaluable in creating all-important chatter before and after the festival.”

Bottom line: Be strategic about your marketing tactics so people speak well about your film, not ill of your campaign.

Once a film’s on the short list for the festival, its team is inundated with pitches from promoters. “I got a call the year before last from one of these L.A.-based lifestyle agencies offering to host a party for the talent behind Rory Kennedy’s excellent and devastating documentary Ghosts of Abu Ghraib,” Walker recalls. “I explained that it was an HBO film and that they would likely host a private dinner or something, but, you know, it really ain’t a party kind of film, so thanks, but no thanks! When the nice but clearly current-events-challenged young lady on the phone persisted, failing to recognize what, precisely, Abu Ghraib was, I found myself suggesting that her party might feature games like Stress Position Twister and Electric Shock Charades. She still didn’t get it.”

6. Be prepared – for anything.

Anything can happen at Sundance, and often does. Usually, it’s related to the snowy weather. “Trivial things like just getting around to screenings can be an adventure,” Rosefelt says. But then there’s what Brown-Salomone calls the “Holy Cow!” moment. One of her filmmakers had to leave the festival early, and she had to accept the Audience Award on his behalf. “I still have the visual of typing his words while hot-rollers singed my hair,” Brown-Salomone laughs. “It was nerve-wracking. I had to give a speech to all of those filmmakers, actors and the audience watching live and via television on the Sundance Channel!”

Bottom line: Always have a Plan B and appropriate attire for an awards ceremony.

With the whirl of parties, red carpets and media events, it can be easy to lose sight of what matters. “A lot of Sundance posturing has to do with demonstrating that the celebrity actors in any film are supportive of it and of the filmmaker,” Walker points out. “It’s important not to lose sight of the fact that the reason a film is working at 7,000 feet has more to do with the stars’ relationship with the filmmaker and the material than it does with what anyone is wearing or what swag they are getting or not getting or where they ate the night before.”

Bottom-bottom line: Hope springs eternal and there are no guarantees.

“The most important lesson I’ve learned from repping films at Sundance is to not expect the world,” Brown-Salomone concludes. “Know that each film has its own personality and eventually, each film gets its say and day whether it be through my efforts at publicity or through a wonderful distribution deal. Generally, what is supposed to happen to a film usually does.” Russell concurs, pointing to a little indie blockbuster called Swingers. “The movie wasn’t picked for Sundance, so the filmmakers had only one screening for exhibitors in L.A.,” recounts the publicist, who represented the film’s director Doug Liman. “A bidding war immediately broke out with Miramax purchasing the rights for a then-record sum.” The moral is that “even if [your] film isn’t selected for Sundance, don’t despair!” 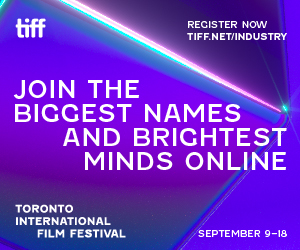