The Heart of the Beast

Before Lilo & Stitch director/writers Chris Sanders and Dean DeBlois even began storyboarding their new 3D CGI animated feature, How to Train Your Dragon, a DreamWorks adaptation of the popular British children’s book by Cressida Cowell, they knew they wanted a live-action cinematographer.

“In traditional [hand-drawn cell] animation, there’s a lot of focus up front about the lighting scheme when you’re solidifying your camera work,” says DeBlois. “We’re both new to CG animation, and we discovered in the CG process that these two processes are separated by months. You have a lighting department casting lights on the shot and they have no effect on the actual composition of the shot, which is done substantially earlier.”

The pair knew the advice of a live-action cinematographer would help bridge the gap between the two processes, as well as enhance the look of their film, which centers around an age-old war between dragons and Vikings in some unnamed cold and austere Northern island. Instantly, both directors thought of the same man.

“Roger Deakins was our top choice,” says Sanders, who says they both admired the DP’s use of lighting, particularly in The Assassination of Jesse James by the Coward Robert Ford. “CG is so detailed that it is more important for it to be lit carefully and tastefully. What we loved about Roger’s work was that incredibly cold light.”

Deakins, who had consulted briefly with Pixar on WALL-E, agreed to lecture and provide pointers to the film’s layout and lighting teams. “Then we asked him if he’d consult with us, and to our surprise he agreed,” says DeBlois. In fact, Deakins remained on throughout every step of the process, from creating a look until the final DI.

“It just evolved as we went along,” the six-time Oscar nominee recounts. “I love live action but this has been very interesting. I’ve enjoyed the involvement and the process. It’s the same thing really: creating images and moving the camera.”

The partnership began with Deakins, Sanders, DeBlois, head of layout Gil Zimmerman, visual effects supervisor Craig Ring, and production designer Kathy Altieri bringing in images that evoked the look. “It was a whole range and collage of impressions and images of northern islands,” Deakins reports. The directors had already shown Deakins their favorite images from the DP’s own work.

“One of the things about Roger’s light we love is that he’s never afraid to let things fall off into inky blackness,” Sanders explains. “We were tending towards those scenes where color was being bled out and replaced by grays and warm greens. The air was so thick with icy fog that everything has a ghostly mood to it. Those were the kinds of things we were super excited about.”

Zimmerman, who was layout head for DWA’s Shark Tale, as well as model development supervisor for Disney’s Treasure Planet and Tarzan says there is a tendency to over-light in CGI animation, in part because so many VFX/animation artists toil for so long to create everything in the frame. “It costs to create every leaf, so they like to see everything lit,” he explains. “We usually like to create these colorful fill lights, a little too saturated, and put them everywhere. It can be beautiful but it’s not photographic. To create the sense of exposure and go very dark, if not all the way to black, is pretty revolutionary in animation.”

Deakins introduced the idea of lighting the entire scene rather than the objects in them. “Building the lighting within the shot scared some people,” he says, “because you have so many lighters working on shots, so it requires coordinating the look.” Deakins started by producing half a dozen frames – a candle-lit interior, a foggy exterior – not just to get the look of the film, but to practice the way the software worked and how they could create the looks. Working with Ring and Altieri on specific reference shots, Deakins quickly found out how difficult it was to create naturalistic lighting in the computer.

“The light is a point source and you can put a bit of diffusion in front of it,” he explains. “But there’s no equivalent for the big soft source [bounce light] I’d use on set. If I wanted to create a soft light, I’d use a large number of individual sources and diffuse each one, which is very time-consuming on a live-action set and a bit of a nightmare in the computer.”

Secondary effects – how sunlight bounces off objects or spills into a room – also required painstaking work. “It doesn’t just happen like it would on the set, and the kind of computer power you need to do those things is enormous,” Deakins continues. “I worked with guys in two or three rooms, play with something and then come back in an hour when it rendered.”

Zimmerman says selecting the right lenses was also an issue, because CG animation tends to use shorter lenses to ensure that the audience sees as much as possible of the animated world. To achieve a photographic look, Zimmerman required a longer lens palette. “Having Roger come in influenced that,” he says. “What helped me was the vote of confidence that the choices I made were the right ones.” And because the movie was going to be released in 3D also played a significant role in lens selection.

“Most people feel 3D works better on very wide lenses, and that it has to be sharp from the audience to infinity,” Deakins states. “But, Gil and I, and the directors, felt the film should be shot on slightly longer lenses than ordinary, so we selected a range of lenses very much based on how I would shoot live action. My feeling was we can use longer lenses and depth of field in an interesting way.”

Zimmerman points out that wider/ shorter lenses do work better to create volumetric imagery in 3D. “But that creates a potential for someone who doesn’t look authentically photographed,” he adds. So the layout head chose 21mm for points of view and 24mm or 28mm for wide establishing shots. For close-ups, they went with 35mm and 40mm instead of 50mm, and went with 30mm or 32mm for over-the-shoulder shots.

“Digital tools are so facile,” Zimmerman continues, “that you can put a camera wherever you want and have pristine lenses that you can do whatever you want with. To make the camera feel like live-action, we had to pick and then stick with a straight and reasonable lens palette. We had to hold ourselves to these limitations.”

Working with DreamWorks stereographer Phil McNally (see Close Encounters of the 3D Kind – this issue) to realize the 3D, Zimmerman says the filmmakers tried to use the stereo to its creative advantage. “We used it the same way we used camera motion, pace, color script: to help charge scenes with emotion,” he explains.

Another technology choice that helped to bridge the gap between animation and live-action cinematography was a camera capture room featuring a Cartoni head and an encoder to stream the animation in real-time. Similar to what James Cameron employed on the 3D Avatar, the technology enabled Zimmerman to do final camera moves on finished animation. “It’s revolutionary,” he says. “We could move the camera like a guy working sticks, recomposing the shot in a life-like way. We got standard two-shots and close-ups with feeling, because they’re not locked off. There’s a lot of handheld movement, especially in the final scene with the giant dragon who breaks through the ground.”

Sanders and DeBlois both felt that their push to create a live-action cinematography look to the film was the right choice for their 3D animated project, a bold and dramatic sign, perhaps, of things to come. “Roger so upped our game,” says Sanders. “We learned so much from him.”

Deakins, who is now consulting on his third animation feature, this time director Gore Verbinski’s Rango, says the experience of working with animators has been satisfying. “I was very cautious at first, because I didn’t want to tread on anybody’s toes,” he recalls. “They do fantastic work, and my brief was to bring a live-action element to it and that’s what I wanted to do. And we got along famously. A number of the lighters said they found it really worthwhile. Other [cinematographers] are consulting on animation films. It’s definitely happening, and I think it’s probably a very good trend.” 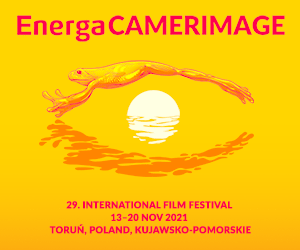